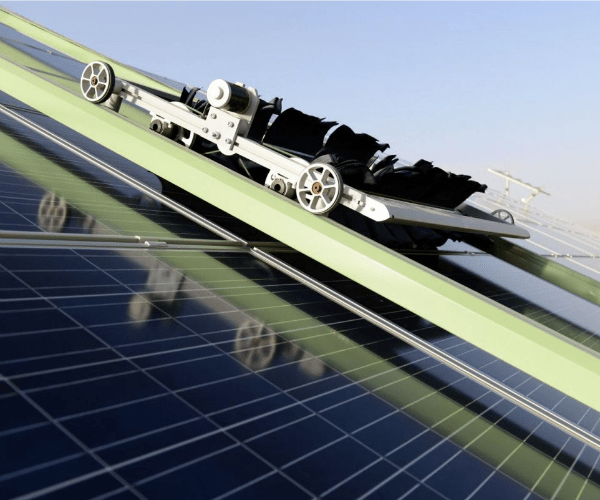 Ecoppia's E4 robots were retrofitted onto existing solar power plants owned by Arava Power. Three of the systems are located in Israel's arid Arava region. The remaining plants are in the Negev Desert. Both regions receives frequent dust storms originating in Saudi Arabia and little rain.

Prior to the E4 installation, each facility was cleaned manually, requiring tens of millions of liters of water and significant man power resources.

‘Desert regions are prime candidates for solar PV, aside from one glaring issue: soiling,’ says Eran Meller, CEO of Ecoppia. ‘Reports indicate this phenomenon can reduce overall energy generation by as much as 40 percent, which significantly eats into a system owner's return on investment.’