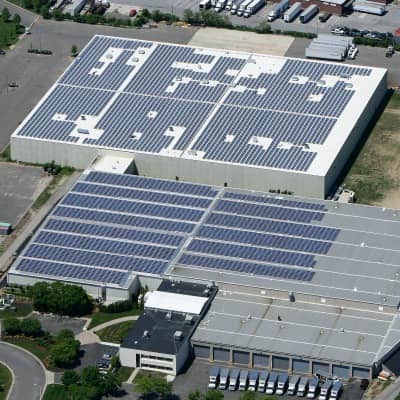 New York City-based EnterSolar has completed a 1.6 MW series of projects for convenience store distributor Harold Levinson Associates (HLA) in Farmingdale, N.Y., which the company says is one of the largest commercial rooftops in the Empire State.

The installation was actually divided into three discrete projects developed and built in tandem in order to meet the physical requirements of the customer's 22-acre headquarters site, and also to best take advantage of the incentives on offer. Located in an industrial park in the south-central part of Long Island, HLA's headquarters campus features two large warehouse facilities and a smaller office building.

‘The client wanted to do a large-scale solar project,’ says Peyton Boswell, managing director of EnterSolar. ‘It's a family-run company with a real bent toward sustainability. They wanted solar but had no idea how large a project or how to go about structuring it. It was a blank slate.’

Boswell says that because EnterSolar is focusing on the mid- to large-scale commercial solar marketplace, it is important to be flexible and agnostic about how projects are structured. He says Founder Paul Ahern's concept as a developer is for corporate entities looking at solar to have a wide range of options.

A lot of the early discussions between HLA and EnterSolar focused on economics. One of the options considered was leasing the rooftop acreage to a financial investor. Ultimately, HLA concluded that its biggest bang for the buck would come from owning the system. Because no incentives for large-scale commercial systems were available, EnterSolar designed the installations to the take advantage of the largest utility incentive at the time.

The client's preferences, finances and available roof space dovetailed nicely with the details of the Long Island Power Authority's (LIPA's) Clean Solar Initiative feed-in tariff (FIT) – also know as FIT I – in effect at the time the deal was made. The two warehouse facilities were each able to host a separate 500 kW (AC) systems, which were the maximum allowable under the FIT program. The third project is a 100 kW (AC) system net-metered under the LIPA (now PSEG-LI) expected performance-based buydown program.

‘The benefit of the net-metered system is that it directly offsets our client's on-site electricity usage, thereby providing a direct hedge on whatever the spot price electricity is at that point in time,’ says Steve Burns, EnterSolar's project manager. ‘This contrasts with the revenue profile of the FIT systems, which are fixed-priced throughout the 20-year period. HLA really liked the combined cashflow profile, which included the 'floating rate' benefit of the net-metered system in conjunction with the more annuity-like fixed-rate benefit of the FIT systems.’

An interesting aspect of the FIT projects is that the two hosting roof sites, although located across the street, are very different. One warehouse has a metal standing-seam roof while the other has a membrane roof. For the metal roof, EnterSolar specified the S-5! PV kit, which secures 816.5 kW of Trina Solar panels to the S-5! clamps that attach to the roof seam. No rails were used for that array. The membrane roof hosts a PanelClaw 15-degree tilt ballasted racking system supporting 699 kW of modules. The 144.4 kW array on the office building also uses the PanelClaw ballasted system. All of the three arrays use Advanced Energy 500 kW central inverters.

‘We hired a surveyor to make a detailed survey of the roofs before we started laying out the modules,’ says Edgar Lim, project engineer. ‘That was really helpful. After we received the survey, which included the height of the obstructions, we performed a shading analysis that allowed us to figure out which areas to avoid to ensure that panels are not shaded.’

Monitoring is an important part of the installation, both because of its size and to support EnterSolar's duties as the operations and maintenance (O&M) provider. Like most of the company's recent projects, the HLA installations feature the Solar-OS monitoring system from Locus Energy, which consists of wireless monitoring units at the string level supported by two on-site weather stations.

‘That gives us a very granular look into what the system is doing in real time,’ Boswell says, indicating that O&M services form a key part of EnterSolar's business model.

Currently, the company is providing O&M services on about 45 projects, all of which it has also developed. Boswell says that going forward, EnterSolar intends to pursue third-party O&M opportunities. ‘It's something that we are very keen to build on,’ he says. 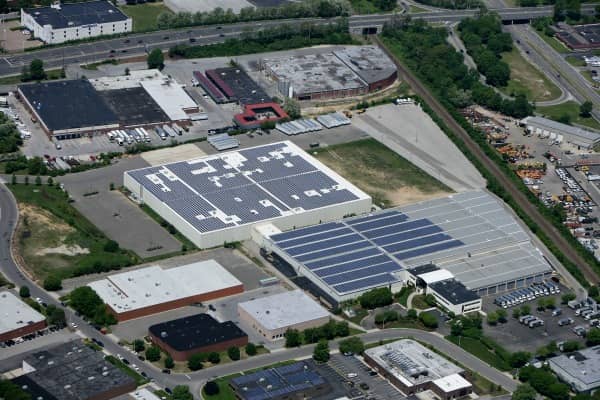