ESA Renewables has completed a 400 kW community solar farm on the Gardenia campus of the Orlando Utilities Commission (OUC) in Orlando, Fla. Spear Point Energy acquired the array and is selling its output to the OUC under a 25-year power purchase agreement.

The solar farm covers approximately 2.5 acres in a canopy arrangement over the parking lot and is expected to produce about 540 MWh of electricity per year. ReneSola modules are mounted on Schletter racking systems. Chint Power Systems provided the three-phase inverters for the project.

ESA says subscriptions to the community solar farm sold out in less than a week after OUC offered its customers the opportunity to purchase blocks of solar power from the array. Subscribers receive credit on their electricity bills for their share of the solar farm's production.

The Gardenia solar farm has 39 OUC subscribers who are initially paying a slight premium for their electricity but have their rates locked in for 25 years. 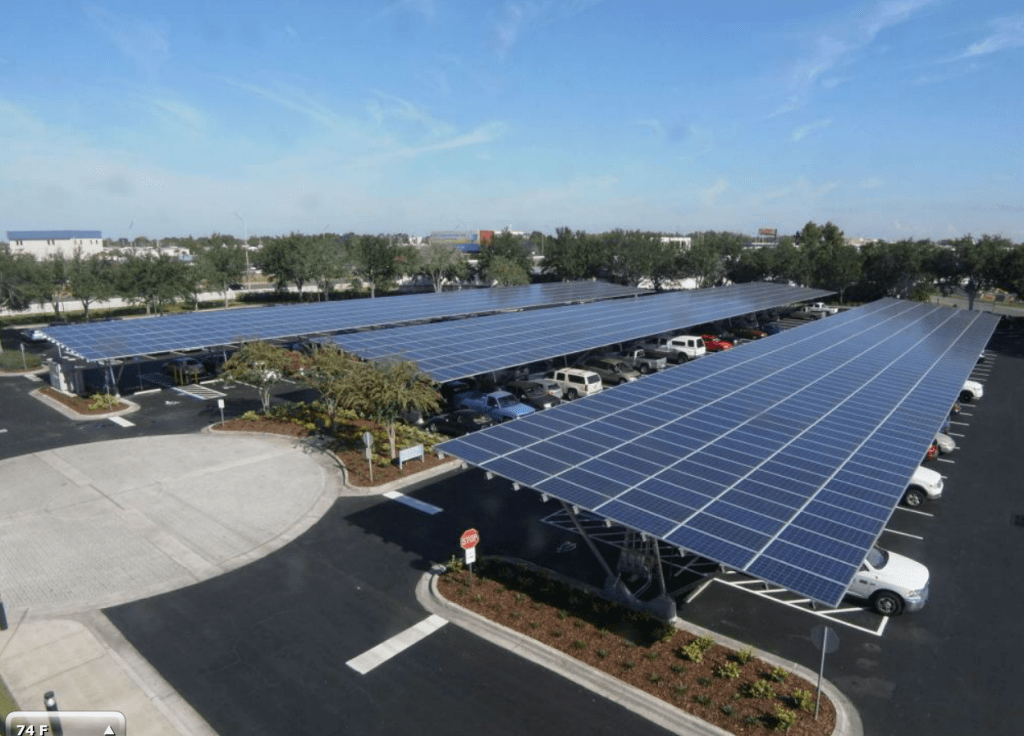