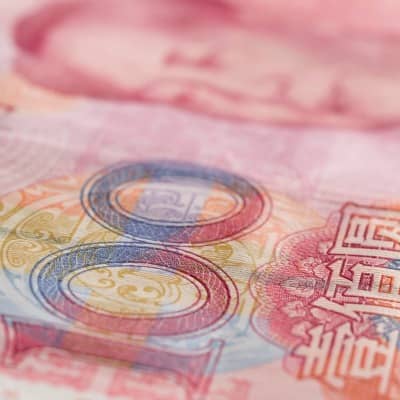 The European Commission (EC) has decided to phase in a regime of anti-dumping duties on solar panels, wafers and cells imported into the European Union (EU) from China rather than let go with both barrels. The tariffs, to take effect June 6, will start at 11.8%. The provisional rate is scheduled to remain in effect until Aug. 6, at which point it will shoot to 47.6%. Many expected the higher tariffs to take effect at the outset.

According to the EC, the phased approach is intended to counteract the harm caused by what it says are cut-price solar products dumped on the European market while avoiding wholesale disruption of that market, acknowledging large demand for Chinese imports. EU Trade Commissioner Karel De Gucht said the stepped implementation of tariffs also serves to motivate China to come to terms sooner rather than later.

"This staggered response allows a smooth transition for our markets to adapt – and it is a one-time offer to the Chinese side, providing a very clear incentive to negotiate," says De Gucht in a statement." It provides a clear window of opportunity for negotiations, but the ball is now in China's court. It is clear that if China does not provide a solution by August, then the higher tariffs will apply."

The EC signaled its march toward a solar trade war in September last year when it announced it would officially investigate a complaint filed by SolarWorld and other companies alleging dumping in the European market by Chinese firms. In early May, reports surfaced that the EC had resolved to impose tariffs. After talks between the EC and Chinese trade representatives ended inconclusively May 27, tariffs seemed all but inevitable.

If the inevitability of tariffs is now a fact, the first step is a relatively modest one. Craig Winneker, head of political communications for the Brussels-based European Photovoltaic Industry Association (EPIA), says the phased approach provides ample room for maneuver before the duties become truly painful with many voices to be heard.

"It is important to remember that a final decision regarding this anti-dumping investigation will only be made by December this year, and that definitive duties, if any, will be decided by the council representing the 27 European member states," says Winneker in a statement.

Professing the EPIA's neutral stance on the issue, Winneker nevertheless says the rapid decrease in prices of PV products from China"has resulted in margins over almost the entire value chain of the solar PV industry and put many of its players in severe financial difficulties."

In the short term, the EC observes the tariff policy may cost some jobs among European installers of PV systems. However, it says many more jobs – 25,000 employed in EU solar production alone – are at stake.

The Alliance for Affordable Solar Energy (AFSE), a trade association opposed to the tariffs, was quick to respond negatively to the EC decision.

"AFASE regrets the commission's decision to ignore the considered positions of 18 out of 27 member states voting against duties," says the organization in a statement." Even though the commission has set the preliminary duties lower than expected for the initial two months, AFASE stresses that any level of tariffs will seriously damage the European solar industry."

For its part, the Solar Energy Industries Association (SEIA) expressed optimism that the mild nature of the initial tariff regime would serve to focus the attention of both parties on achieving a solution before lasting damage occurs.

"We view today's decision by the European Commission to adopt a thoughtful two-stage approach to the imposition of duties on solar panels from China as a positive development," says John Smirnow, SEIA vice president of trade and competitiveness, in a statement." The EC's measured response creates a positive environment for negotiations, which we think is critically important given the global nature of the solar supply chain."