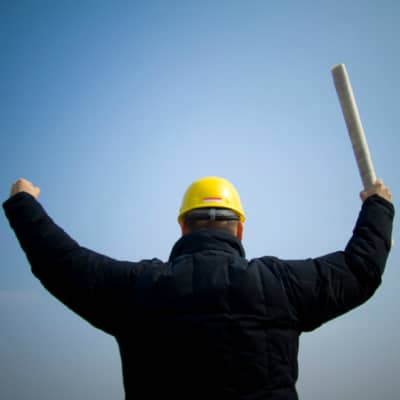 ‘The potential is there for a mega increase in solar deployments,’ Mercy says, adding that all methods of project finance will be affected, particularly PPAs.

Because PPA contracts have proven to be a tremendous solar market driver in recent years, they will ‘potentially double or triple deal flow domestically’ once the EPA rules are implemented, Mercy says.

Jared Donald, president of Denver-based photovoltaic services provider Conergy, explains that PPA rates vary drastically by region and are driven largely by the solar production from that area and the other rebates or incentives that are available in the region. He estimates that average rates in the U.S. are approximately $0.13/kWh, with many areas being $0.10/kWh or less.

In areas with high rebates, renewable certificates or state rebates, the PPA rates will be much lower than those of states that do not employ these mechanisms.

‘The new regulations have the potential to increase the PPA rates from where they are today depending on how aggressive the different states need to be in sourcing zero-emission generation,’ Donald says.

For his part, Mercy anticipates the EPA rules also benefiting solar renewable energy certificates (SRECs), which can be vital to the economics of the project. Combined with a PPA, SRECs can help establish a steady revenue stream for solar project owners.

The EPA rules will potentially allow for carbon credits and SRECs to truly become valuable and tradeable.

‘SRECs have taken quite a hit over the last few years, and this might stabilize that market,’ Mercy explains. ‘As I understand it, the EPA's guidelines allow them to be used for carbon compliance in states that don't have SREC programs. It would potentially allow extra money to flow to developers, investors and end users and create a new incentive to going solar.’

However, there are several hurdles that must be cleared before solar developers can sit back and wait for the PPAs to come rolling in.

For one thing, the EPA draft is not as simple as requiring states to cut emissions, says Donald. The draft legislation sets emission intensity reduction targets based on the individual states' 2005 generation mix, meaning that, as drafted, the regulation would vary by state.

Donald says some states – especially those with significant coal generation – could meet the standard through conservation and new gas generation, whereas states with less carbon-intense generation would need to focus on higher percentages of low- or zero emission sources such as wind and solar.

‘The actual impact on the number of solar installations the new policy will drive will remain unclear until the different states start putting in place their specific policies to meet these new regulations,’ he says.

As far as timing, many industry watchers anticipate the legislation being challenged in the courts, which could delay – or alter – the rules' implementation.

‘In the short term, the opportunity [to add renewables] will be quite limited,’ says Ed Zaelke, a partner at law firm Akin Gump Strauss Hauer & Feld. ‘Given the restrictions on fossil plants, there will be litigation in the rules.’

Eventually, he says, the rules will get settled, which will result in a number of states trying to add renewables.

Ken Johnson, vice president of communications for the Solar Energy Industries Association, says all states can and should take advantage of solar as part of their energy portfolio in light of the proposed EPA regulations.

‘Solar works across all 50 states, can be deployed quickly and scales easily,’ Johnson says.

Notably, Zaelke anticipates solar activity picking up in the Southeast – an area with great untapped potential. The National Renewable Energy Laboratory estimates there are thousands of GW of solar potential in every state across the Southeast.

Historically, PPA Partners' Mercy says, the cost of solar could not compete with the region's cheap sources of electricity, such as coal-fired generation.

‘The economics don't work well in the heavily coal-produced electricity in these states,’ he says. ‘The cost for conventional power is extremely low, and solar, consequently, is not a great deal to consumers in the region.’

However, the EPA rules will cause the price of electricity to rise significantly in the region – making the cost of renewable energy on par with conventional power sources.

‘The new guidelines will shift the [generation] mix to less coal and more alternative generation,’ he says. ‘That type of shift should open up the market and allow much more solar.’