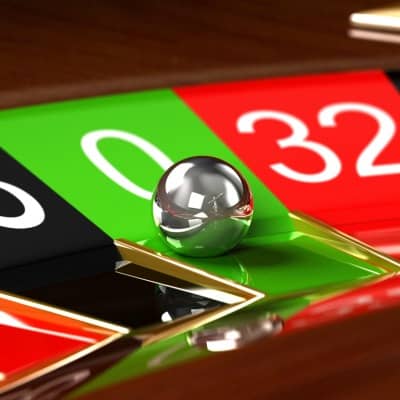 Solar renewable energy certificates (SRECs) can be vital to the economics of a solar project. Combined with a power purchase agreement (PPA), SRECs can help establish a steady revenue stream for solar project owners.

There are several ways to monetize SRECs. They can be sold on the spot market through an auction or exchange. An aggregator can sell SRECs to a utility or energy company through a fixed-price, multi-year contract or, less commonly, in a lump-sum payment.

‘In some markets, SRECs make or break the economics of a solar project,’ explains Natacha Kiler, director of marketing at Sol Systems, a Washington, D.C.-based solar financial services firm. Because every solar market is unique, she cautions developers to understand the underlying volatility and dynamics of SREC supply, demand and changing legislation.

However, recent market volatility illustrates why solar developers should tread carefully when factoring in such incentives into project economics.

For starters, SRECs do not have any intrinsic value. In SREC states, the renewable portfolio standard (RPS) requires electricity suppliers to secure a portion of their electricity from solar generators. A program provides a means for SRECs to be created for every megawatt-hour of solar electricity created. The SREC is sold separately from the electricity and represents the ‘solar’ aspect of the electricity that was produced. The value of a SREC is determined by the market, subject to supply-and-demand constraints.

And while SREC programs have been a key driver of solar development in states such as Delaware, Maryland, Massachusetts, New Jersey, Ohio, Pennsylvania and Washington, D.C., recent market examples offer a cautionary tale.

For example, the New Mexico Public Regulations Commission in November voted to change the way renewable energy credits (RECs) are calculated, effectively trimming the SREC value in half.

Of course, there's the well-documented case of the New Jersey SREC market's collapse in 2011. In a classic case of supply outweighing demand, solar projects were reportedly being installed at upwards of 600% of the amount required by New Jersey's RPS. At about the same time, solar prices fell 50%, and the market collapsed. SREC prices – which had been selling on exchanges for nearly $700 in 2010 – fell below $100 by 2011.

‘When the market crashed – and prices fell below $100 – some developers lost their shirts,’ he says.

Sol Systems' Kiler agrees. ‘When the SREC markets fell in New Jersey, some of those projects suddenly became unfinanceable.’

Kiler notes that New Jersey SREC prices recently rebounded and projects that were previously unfinanceable have become more attractive to investors ‘because SREC strips are available at increased prices.’

To avoid similar instances, some industry professionals, such as Chris Diaz, senior vice president of renewable energy at Seminole Financial Services, are advocating for a market floor to guard against prices falling below a specified level.

‘The key to a successful program is having a floor price that lenders and investors can rely on,’ Diaz explains. ‘Typically lenders and investors will only underwrite contracted cash flows. If a project does not have a contract to sell the SRECs, the project will be underwritten as if the SRECS didn't exist.’

Lawyer Marciano says some investors and lenders put a lot of weight on SRECs over the last couple of years and have gotten burned. That issue repeated itself in a couple of other states.

‘I believe Massachusetts is doing better now,’ he says. ‘It has a sort of floor price on its SRECs. They are getting a lot of traction, although it is still dangerous to rely too heavily on the floor.’

Marciano says most lenders and investors will not value SRECs unless the generator has a long-term contract to sell them at a fixed price with a credit-worthy buyer.

Because SRECs are state-specific, there is a lack of consistency in the SREC trading market, notes financier Diaz. Currently, 17 states and the District of Columbia have SREC programs, however; they are not all interchangeable and there are limitations on cross-state SREC sales.

‘If there were a national renewable portfolio standard and SRECs were allowed to be traded across states, the trading market could mature and become consistent,’ he says.

Volatility, in large part, stems from a lack of uniformity between states. On the other hand, Bryan Martin, managing director at D.E. Shaw & Co, an investor in solar and wind energy projects, suggests that the lack of uniformity allows for more creativity.

‘The diversity of approaches in state-level programs allows for experimentation and a better learning cycle and helps make these programs more effective over time,’ he says. ‘We tend to prefer state-level incentives like SRECS because the states are closer to fundamental supply-and-demand dynamics and the interplay between renewable energy affordability and need within each market.’