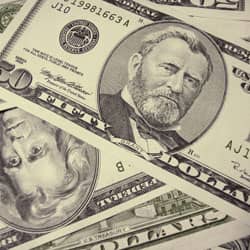 The U.S. Department of the Treasury's Section 1603 cash-grant program, popularly known as the Treasury Grant Program or the TGP, received a great deal of attention at the end of last year, as the solar sector worked feverishly to see this essential program extended.

The industry's wish was granted, but the full story of federal money for solar companies – and its availability year to year – is much larger than one program. This year, solar advocates should focus on four key finance-related priorities when working with national and state-level legislators, says Dean Zerbe, national managing director at alliantgroup, a tax services provider.

First, he says, existing 48C provisions – which allow manufacturers of solar energy equipment to claim a 30% tax credit – must be extended. Members of Congress are expected to, at least, be amendable to considering extension, notes Zerbe, who worked as senior counsel and tax counsel to the U.S. Senate Committee on Finance before joining alliantgroup.

With credit-renewal efforts should come evidence that the credit is helping the industry make noticeable strides, he adds. ‘Congress is open to looking at it, but the big push is that we don't want to just move the mouse down a little bit,’ he explains. ‘They want to see efforts to swing for the fences.’

Without this provision, as many as eight out of 10 solar companies could not cost-effectively use R&D credits, Zerbe says. ‘You cannot take a general business credit if you're paying AMT,’ he notes.

In addition, he believes solar companies should push to expand the existing federal R&D credit to make it more beneficial and globally competitive.

‘Right now, our [R&D credit] is only the 18th or 19th most generous,’ Zerbe points out. ‘It could stand to be more robust in the benefits it provides.’

Finally, on the state level, Zerbe cites the refundable tax credits available in Minnesota, Louisiana and New York as highly attractive and encourages solar firms located in those states – or considering a move there – to take full advantage of these offerings.

Policymakers in other states may be convinced to offer similar tax credits – if they hear convincing arguments from their constituents, he adds. ‘Talk to state legislators and say you want to take advantage of it,’ he suggests to solar companies.

As for the TGP, Zerbe believes it can be a viable part of long-term incentive infrastructure, but for the best chance at garnering legislators' support, he says the solar sector should be careful to avoid immediately pushing for the program's permanence – and make sure to stress its timely economic benefits.

‘Given where we are and the concerns about the deficit, the best chance of getting Congress interested is in terming it as a job creator,’ he says. ‘That's what's going to get members interested.’

Overall, although some solar advocates have expressed concern about advancing their agenda with the new, more Republican-leaning Congress, Zerbe is confident that the current policymakers have a keen interest in pursuing energy independence and that the renewable energy industry's voices will be heard.

‘Congress is going to be looking at energy issues, and I think it has a lot of appeal for members across the board,’ he says. ‘It's not going to be a walk in the park, but they have a very good shot.’