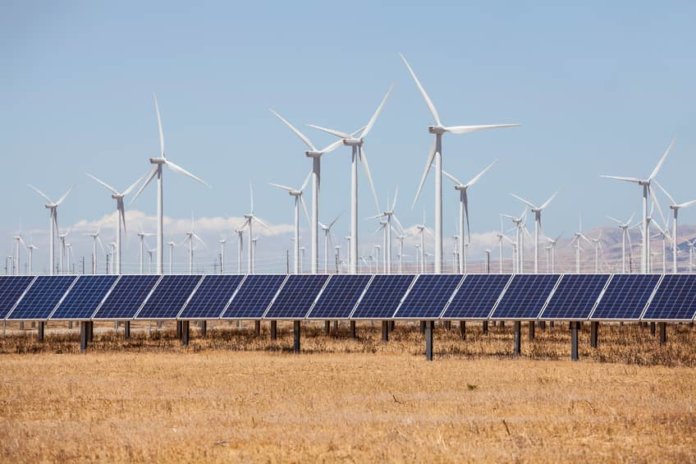 U.S. Department of the Interior (DOI) Secretary Sally Jewell has announced that the Bureau of Land Management (BLM) finalized its rule governing solar and wind energy development on public lands. However, some renewable energy stakeholders have expressed disapproval of the final rule.

According to the DOI, the rule is in support of President Barack Obama’s Climate Action Plan, and it strengthens existing policies and creates a new leasing program that will support renewable energy development through competitive leasing processes and incentives to encourage development in suitable areas.

“This new rule not only provides a strong foundation for the future of energy development on America’s public lands, but is an important and exciting milestone in our ongoing efforts to tap the vast solar and wind energy resources across the country,” says Jewell. “Through a landscape-level approach, we are facilitating responsible renewable energy development in the right places, creating jobs and cutting carbon pollution for the benefit of all Americans.”

Specifically, the DOI says the rule formalizes aspects of the BLM’s existing Smart from the Start approach to renewable energy development by doing the following:

– Supporting development in areas with the highest generation potential and fewest resource conflicts through financial incentives, awarding leases through competitive processes and streamlining the leasing process;

– Ensuring transparency and predictability in rents and fees – for example, it gives developers the option of selecting fixed-rate adjustments instead of market-based adjustments; and

– Updating the BLM’s current fee structure in response to market conditions, which will bring down near-term costs for solar projects.

“By offering incentives for development in areas with fewer resource conflicts, the BLM’s rule provides a framework to support all of the landscape-scale planning we’ve done to better plan for and manage wind and solar development,” says Assistant Secretary for Land and Minerals Management Janice Schneider. “The rule also refines the BLM’s approach to fair market value to ensure that taxpayers get a fair return from these important resources.”

The president’s Climate Action Plan calls on the DOI to permit 20 GW of renewable power by 2020. Since 2009, the DOI has approved 60 utility-scale renewable energy projects on public lands, including 36 solar, 11 wind and 13 geothermal projects and associated transmission infrastructure that could support nearly 15.5 GW of renewable energy capacity.

According to the DOI, the rule’s competitive leasing provisions will help renewable energy development flourish on the 700,000 acres of public lands that have been identified in Arizona, California, Colorado, Nevada, New Mexico and Utah.

Furthermore, the DOI says the rule refines the application review process and increases financial certainty by giving developers the option to lock in fixed-rate adjustments and providing for megawatt capacity fee phase-ins. The rule also allows the BLM to offer lands outside of DLAs competitively – although the BLM anticipates that most projects in these areas will continue to use the application-by-application process.

In a statement, Christopher Mansour, vice president of federal affairs for the Solar Energy Industries Association (SEIA), notes  SEIA hasn’t fully reviewed the rule yet, “but we hope this rule paves the way for increased solar development at predictable rates on public lands.”

He says, “BLM-managed land includes some of the world’s best solar resources, and they should be used to deliver clean, reliable, and cost-effective solar power to customers.”

It is clear, however, that not everyone is pleased with the rule. In a statement, the American Wind Energy Association (AWEA) claims the BLM final rule will put wind energy at a competitive disadvantage.

According to AWEA, the final rule makes federal lands even less attractive to wind energy developers, based on its preliminary review, as it adds “time, uncertainty, complexity and expense to a process that was already more difficult than developing on private lands.”

“The rule penalizes projects pursued outside of designated zones, yet there are no designated zones for wind energy, and there may not be for years. This discriminatory treatment places wind energy at a competitive disadvantage to energy sources that have such areas designated and can avail themselves of the incentives to develop in these areas,” says AWEA’s statement.

The regulations will become effective 30 days after they are published in the Federal Register.