Home Solar News Fees For DG Solar Fire Up Advocates And Utilities In Utah And... 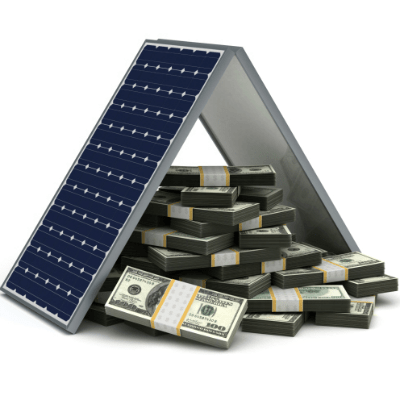 This week, the Utah Public Services Commission has been holding hearings on a proposed $4.65 monthly fee that Rocky Mountain Power wants to charge its residential solar customers. At issue, again, is whether solar customers should be on the hook for distribution charges.

A group of solar businesses, under the aegis of the Utah Solar Energy Association, submitted a letter to the commissioners urging them to reject Rocky Mountain Power's proposed fee on the basis that it does not reflect the benefits that rooftop solar brings to the state. Moreover, the group says, the fee ‘poses a significant threat to Utah solar businesses, jobs and livelihoods.’

Meanwhile, in Massachusetts, lawmakers are wrangling over a controversial solar energy bill that – among other provisions – would eliminate the commonwealth's net-metering cap while imposing a minimum charge to enable utilities to collect distribution fees, even from solar customers who would otherwise zero-out their electric bills. Room to pass the legislation – which, unusually, has divided solar businesses and interest groups – is running out with the end of the current session on Thursday.

These regulatory and legislative flare-ups represent the latest disruptions that distributed generation (DG) solar has inflicted on rate structures, grid operations and business models across the country.

Vincent DeVito, a partner in the Boston office of Bowditch & Dewey with experience working with state utility regulators, says DG solar energy – primarily on residential rooftops – is having a transformative effect on an electric utility system by imposing net-metering and other issues it was not designed to handle.

‘These are not your grandfather's utilities anymore,’ DeVito says. ‘They are constantly having to change so that they don't shirk the responsibility to their shareholders.’

Much of the instability comes from federal and state mandates that inject new and sometimes conflicting elements into the mix. According to DeVito, the ‘quasi-public’ modern utility basically has three functions: produce electricity reliably so the lights come on, do so prudently so people can pay for it and make a profit for its shareholders.

‘Those functions, when you look at them from a regulator perspective – especially in the context of a changing market and net-metering end user – are not always harmonious,’ DeVito says.

Many solar advocacy groups say utilities must look beyond interconnection and distribution costs and take a wider view of DG benefits. The Interstate Renewable Energy Council has published a handbook for state regulators to make value of solar (VOS) calculations. In March, the Minnesota Public Utilities Commission took a step toward quantifying the societal benefits of DG solar power when it approved a standard VOS methodology developed by the state's Department of Commerce.

Nevertheless, until such VOS policies become commonplace, regulators are likely to continue fielding utility requests for DG-related fees, and solar advocates will continue opposing them.

Dan Berwick, vice president of business development at Borrego Solar, told an audience at June's PV America show in Boston that the minimum bill provision in the Massachusetts solar legislation could actually prove to be a positive development. While acknowledging the risks inherent in such a provision because the regulatory process remains the final arbiter of what that minimum should be, Berwick says the process is likely to keep such minimum charges reasonable.

‘In my mind, the minimum bill is a quite tolerable accommodation to the concerns that the utilities are raising about customers paying for the distribution system,’ he says. ‘And in fact, it may be somewhat prophylactic in the coming argument we may have about rate design issues, where we point to the minimum bill and say, 'We are already covering our cost for the distribution system through this provision that the utility has asked for.'’

According to Berwick, the real risk in rate structures is in the rate design authority that the regulators already have. Such risks can actually be mitigated with appropriate legislation.

‘Some folks argue at this point that rate structures should be a mixture of fixed charges, demand-based charges and volumetric charges,’ he says. ‘That's the fight that the solar industry is going to continue to have over the next several years. This is a much more significant threat in my mind than the minimum bill.’