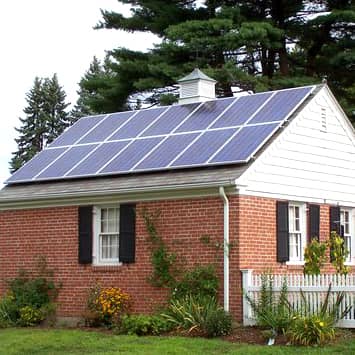 How much is that PV installation on the roof worth? An April study from the Lawrence Berkeley National Laboratory confirmed that homes with PV enjoy a sales-price boost of approximately $3.90/W to $6.40/W when the properties are sold.

But for individual homeowners and commercial property owners, calculating the exact worth of a specific installation and the power it produces has proven to be tricky. As more and more homes and businesses are outfitted with PV, real estate appraisers and finance professionals have struggled to find a consistent method that allows them to properly add a solar installation's value to the property and associated mortgage.

As a result, in many cases, PV installations have received little or no value in real estate transactions, according to Geoff T. Klise, a researcher at Sandia National Laboratories. The prospect of receiving minimal or no appraisal value could lessen customer appetite for installing PV – to the detriment of the solar market.

During a recent webinar titled"A Tool for Valuing the Energy Produced by a Photovoltaic System," Klise unveiled a new tool that he and his colleagues have developed in order to remedy PV's valuation problem. The aim of his initiative is to ‘provide the value of the PV system as part of a real estate transaction,’ he explained.

Calculations used in real estate appraisals generally rely on comparables – i.e., properties with similar characteristics to the one under evaluation. The addition of solar installations makes this method less reliable.

‘As PV is a relatively new item on houses and commercial properties, at this point, there are not many comparables,’ Klise noted.

Sandia's tool relies on what Klise termed ‘the income capitalization approach,’ which can be used when comparables are limited or nonexistent. With this approach, the appraiser or homeowner determines the capitalized value of the net income that the solar installation can generate.

Using a specially prepared spreadsheet, the user enters several values, including the local electricity rate, the local utility's escalation rate, and operations and maintenance expenses over the remaining useful lifetime of the array.

The PV system's energy production is determined using solar resource calculations tied to the National Renewable Energy Laboratory's PV Watts model, which accounts for factors such as resistance and shading. The user also inputs the age of the modules and inverters, the system's location, and its slope and azimuth.

Ultimately, the model provides a range of appraisal values – a low figure, medium figure and high figure – for the present value of all energy remaining in the system.

‘We want the value to be in line with what a new homeowner would pay if they bought their own system,’ explained Klise. For property finance purposes, relevant current mortgage rates can be automatically fed in and linked to the solar array's appraisal data.

Klise said that the tool was designed to be simple to use, but sophisticated enough to satisfy appraisal professionals' needs. In the interest of simplicity, however, the tool does not account for certain system characteristics.

For instance, leased PV arrays, which are increasingly popular in the residential solar sector, cannot be assessed with the tool.

‘There are different financial mechanisms involved that are not included,’ Klise explained. Besides, because the leased system is not owned, a transfer of value does not take place when the property is transferred.

The model is also valid only for grid-tied PV systems with net metering – not solar hot water installations or off-grid systems. It does not account for solar renewable energy credits or feed-in tariffs above and beyond net metering.

Additionally, as some U.S. utilities begin to implement special additional fees for PV system owners, the model may require some adjustments, Klise acknowledged. For instance, Dominion Virginia's new ‘standby fee’ and San Diego Gas & Electric's ‘network use charge’ would alter certain calculations made by the model.

As more PV systems are installed, more data will become available – thus allowing the tool to undergo steady accuracy improvements. Klise and his colleagues will be re-assessing long-term system risks and aging in particular.

Roof replacement, module breakage, lightning strikes and other occurrences can pose threats to PV production, and the goal of Sandia's tool is to realistically measure the risk of these events and factor it into the equation, explained Jamie L. Johnson, general manager of Florida-based PV solar integrator Solar Power Electric.

Sandia's valuation tool is scheduled to be formally released next month, following the finalization of distribution licenses. It will be available free of charge and usable in Microsoft Xcel, Klise noted.