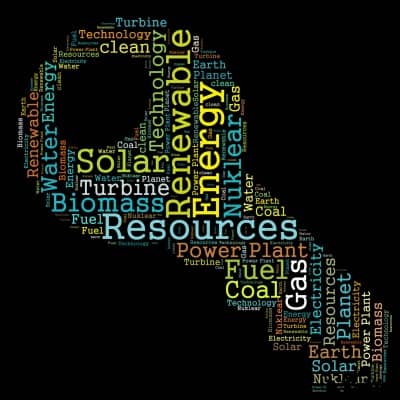 The authors propose a systematic framework for analyzing implications for operating procedures and corresponding increases in operating costs due to uncertainty and variability in renewable resources.

The report uses the framework to quantify the integration costs and reliability implications associated with sub-hourly solar power variability and uncertainty through a case study based on the projected generation portfolio of Arizona Public Service Co.

Solar power is increasingly becoming an important contributor to global electricity systems. Because solar PV power output is both variable and uncertain, there are concerns about how its inclusion in grid operations affects conventional power systems. How utility operations can be changed to more economically integrate large amounts of solar PV power is an open question currently being considered by many utilities.

The authors show how changes in system operations may affect these costs. According to Andrew Mills, a principal research associate at Berkeley Lab's Electricity Markets and Policy Group and a co-author of the report, the costs of sub-hourly solar variability, short-term forecast errors and day-ahead forecast errors are estimated as the difference in production costs between a case in which sub-hourly solar variability and uncertainty are fully integrated into the analysis, and a case in which these factors are not considered.

In a lower-PV scenario – 8.8% of annual demand – Mills says the study finds the operational challenges are relatively modest, resulting in an integration cost of about $1.88/MWh of PV. The integration costs are primarily due to an increase in the cost of balancing reserves held during hour-ahead scheduling. In a high-PV scenario – 17% of annual demand – however, Mills says the operational challenges are more substantial during low-load and high-solar periods.

‘With high PV, we find that curtailments of renewable energy reach a very high level – 17.8 percent of the renewable potential – and that satisfying balancing reserve requirements is challenging in a few hours of the year,’ Mills says.

For a high-PV case to be practical, some solutions to these operational challenges will be necessary, the report says. The report makes several assumptions about system flexibility, including no trade between the utility and its neighbors, no demand response, all operating reserves – both up and down – provided by thermal power plants, several must-run coal plants, and constant output from all nuclear plants.

‘We include a 'flexible nuclear' case as one option for introducing flexibility during low-load and high-solar periods,’ Mills says. ‘We find that the integration cost drops substantially with increased flexibility.’

With increased flexibility, the estimated integration costs vary between $1.00 and $4.40/MWh of PV in the high PV scenario. Increased flexibility also reduces the curtailment of renewables to between 0.9% and 9.1% of the renewable potential, indicating that the increased system flexibility makes it much easier to absorb high solar PV penetration levels.

The authors say important caveats and context for the findings cited above are explained fully within the report, which is available here.