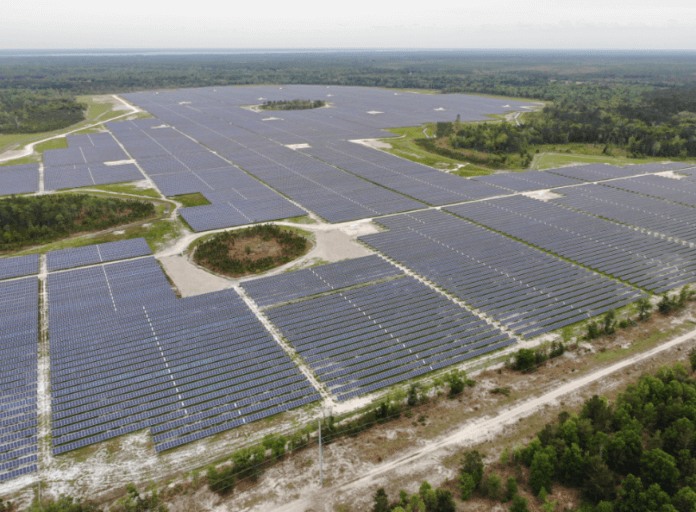 Florida Power & Light Co. (FPL) has achieved a milestone by surpassing 40% completion of its ’30-by-30′ plan to install 30 million solar panels by 2030, which is one of the largest solar expansions in the U.S. To date, FPL has installed more than 12 million solar panels in Florida, putting the company well on its way to achieving its plan.

The solar panels installed across the company’s sites are expected to save customers approximately $421 million over the lifetime of the assets while making Florida third in the nation for solar generation – with a trajectory to be a world leader in solar capacity by the end of the decade.

“Reaching this milestone is an important step in our commitment to increasing zero-emissions energy as FPL builds a more resilient and sustainable energy future all of us can depend on, including future generations,” says Eric Silagy, president and CEO of FPL. “Despite the pandemic, our team has stayed laser-focused on executing our ’30-by-30′ plan. Eight new solar energy centers have begun powering customers with clean energy so far this year, and three more are scheduled to come online before the end of this year.”

By the end of this month, the company will have 42 large-scale solar energy centers installed throughout Florida, with more than 3,000 MW of solar capacity – more than any other utility in the U.S. Nearly every solar energy center that becomes operational this year will also support FPL SolarTogether – the company’s popular community solar program, which is the nation’s largest. FPL expects to achieve another major milestone by early 2022 when it anticipates having installed more than 15 million panels, which would put the company more than 50% of the way toward completing its goal.

By the end of 2030, FPL is planning to have more than 11,700 MW of universal solar capacity. To support its solar buildout, the company recently began installing the first components of the world’s largest integrated solar-powered battery system, the 400 MW FPL Manatee Energy Storage Center. Also, later this month, the company will demolish its last coal-fired plant in Florida, with plans to replace it with more clean, emissions-free solar energy power facilities.