Freedom Solar, a provider of turnkey solar installations in Texas, is relocating its Dallas office to a larger space in the Dallas-Fort Worth Metroplex to accommodate the company’s continued growth.

Located at 8050 Jetstar Dr. in Irving, the new Las Colinas office will be closer to the customer growth Freedom is seeing in northern suburbs such as Coppell, Frisco, Plano, Allen and Flower Mound.

“According to Niche and the Dallas Business Journal, these five areas are among the hottest Texas suburbs in which to buy a home,” says Freedom Solar’s CEO, Bret Biggart. “That is being borne out by the growth we are seeing in customers in those areas, so we are moving and expanding our Dallas operations in order to meet the demand for solar in these locations, in addition to the entire metroplex.”

To further meet the Dallas market’s demand, Freedom is expanding its local team, as well as its facilities. The new Las Colinas office will have 14 employees, including a full-time operations manager, Roni Kent, and a full-time sales manager, Jason Lee.

The Dallas market has contributed significantly to Freedom’s growth this year, growing from 17% of the company’s overall revenue in 2018 to 27% of revenue in the first half of 2019. So far in 2019, Freedom has sold 1.35 MW of solar across Dallas-Fort Worth. 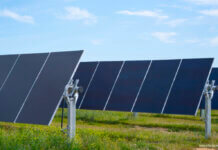 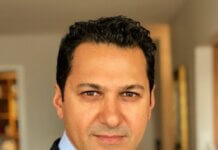