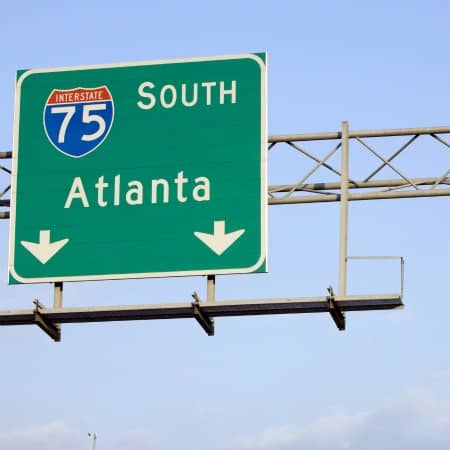 Georgia historically has lagged behind many other U.S. states in deploying significant amounts of solar power due to limited incentives and a lack of a renewable portfolio standard. But a new solar initiative just introduced by the state's largest utility, Georgia Power, is expected to deliver a major boost.

The utility has filed the Georgia Power Advanced Solar Initiative (GPASI) with the Georgia Public Service Commission (PSC). If approved by the PSC, the initiative would create the largest voluntarily developed solar portfolio from an investor-owned utility, according to Georgia Power. Through GPASI, Georgia Power would acquire 210 MW of additional solar capacity through long-term contracts over a three-year period.

‘We believe the Georgia Power Advanced Solar Initiative will encourage new opportunities for solar development in our state and catapult us to the forefront of this clean, safe energy technology,’ said Georgia Power President and CEO Paul Bowers in a statement.

To meet the target of 210 MW, Georgia Power's utility-scale program would purchase 60 MW annually for three years through a competitive request for proposal (RFP) program, with projects ranging in size from 1 MW to 20 MW. By as early as 2013, a distributed- scale program would provide opportunities for up to 10 MW per year of smaller solar projects, with specific reservations for small-scale (less than 100 kW) and medium-scale 100 kW to 1,000 kW) projects.

‘We are encouraged by the news that Georgia Power has taken a first step towards realizing Georgia's vast potential for solar energy that, to date, has gone largely untapped,’ said Rhone Resch, president and CEO of SEIA, in a statement. ‘Georgia Power's initiative demonstrates that solar is a trusted and reliable energy source and has an important role in achieving fuel source diversity.’

Julia Hamm, president and CEO of SEPA, added that Georgia Power's proposal is especially noteworthy because it was issued without a mandate. Rather, Georgia Power ‘recognizes the value additional solar energy will provide to the utility,’ she said in a statement.

The proposal also ranks highly in comparison to other U.S. utilities' solar integration plans. According to SEPA, in 2011, only 15 utilities nationwide reported integrating more than 20 MW each to their grid, and eight reported more than 50 MW each.

Resch, however, pointed out that Georgia will need more than a single utility's initiative in order to grow its solar market. ‘Important policy decisions lie ahead,’ Resch said in his statement. ‘It's vital that the Georgia Public Service Commission allow both centralized and distributed solar generation to fulfill a larger role in the state's energy mix.’

Describing the on-site generation component of Georgia Power's program as ‘very limited,’ Resch called for additional opportunities for distributed solar in the state. More than 10 MW annually is needed in order to create a robust market, he said.

‘In addition, the state needs competitive rules and standards for connecting to the grid, as well as policies to allow for other solar providers to participate in the market,’ Resch added.

Meanwhile, for the GPASI, requests for proposals for the utility-scale program are expected to be conducted in 2013, 2014 and 2015, and require commercial operation dates in 2015, 2016 and 2017. Georgia Power says it could begin signing solar contracts under the distributed-scale program as early as first quarter of 2013.