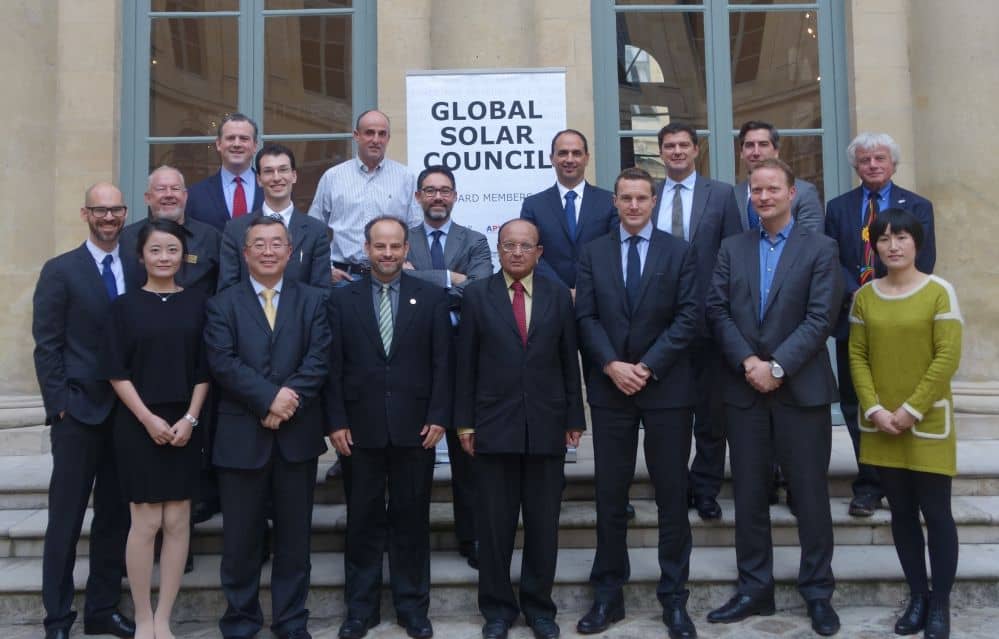 A number of national and regional solar industry associations have joined to form the Global Solar Council (GSC) to cooperate on advocating for the solar power sector at an international level, share best practices and accelerate global market developments.

The announcement was made at the 21st session of the Conference of the Parties (COP21) in Paris.

According to the GSC, solar power is already one of the cheapest forms of electricity globally, and prices continue to decline fast. The levelized cost of solar electricity is 80% lower than it was during the COP15 conference in 2009. The group says that solar could be a 10% share of global power generation by 2030 as compared with less than 1% today, given the right market conditions.

The principal members of the organization are national and regional solar associations from both established and emerging markets, including China, Europe, India, the Middle East, Australia, South America and the U.S. The group hopes to establish its secretariat and legal entity in the U.S. and headquarters in China. Membership is open to any association active in solar power.

"There is consensus that solar power will become the principal source of electricity generation,’ says Bruce Douglas, chairman of the GSC. ‘It has a hugely important role to play in the international efforts to ultimately eliminate carbon emissions from the power sector.’