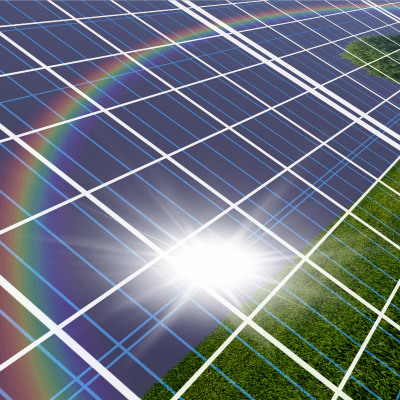 Despite the many explanations to the contrary, people who invest in the solar sector remain very worried about the price of oil.

Nick Blitterswyk, CEO of New York-based developer Urban Green Energy (UGE), says that it is almost inevitable that the subject of oil prices comes up in his conversations with investors. ‘It's definitely on people's minds,’ he says.

Rather than playing defense, Blitterswyk is able to make a two-pronged explanation that oil is essentially decoupled from electricity generation on the one hand, while enabling lower project costs on the other. The oil glut, you see, is actually good news for solar.

‘In terms of our business and in much of the industry right now, we are really competing with grid prices,’ Blitterswyk says. ‘The fact of the matter is, electricity prices are going up almost universally across the world. Oil accounts for less than 1% of energy generation in the U.S. and about 4% for the rest of the world.’

In certain markets with isolated grids, such as Hawaii and the Turks and Caicos, oil accounts for demonstrably greater percentages of electricity generation. However, because it must be imported at great expense, electricity prices in such markets can be three times higher than they are in the continental U.S. ‘Solar beats those rates quite handily,’ he says.

At the same time, Blitterswyk points out that if oil prices have little or no impact on electricity generation rates, they can be a significant driver of project costs. For one, cheap oil does impact manufacturing in a positive way. As a result, he expects the cost of goods going into solar projects will continue to go down as they have so drastically in the last five years. In this sense, lower manufacturing costs are taking some of the bounce out of the bottoming of the solar panel market.

More importantly, perhaps, is how transportation costs are influenced by the price of oil.

‘For us, as a global company, transportation costs are also very much impacted by lower oil prices,’ Blitterswyk says. ‘So, again we benefit.’

The Philippines is one of UGE's fastest-growing markets. Blitterswyk reports that Central America is doing really well. The Middle East is doing pretty well. ‘In all of these cases, we have to get stuff to a port and cargo-ship it across the world,’ he says. ‘Plane tickets must be purchased. All of this is relatively cheap right now and being positively impacted by lower oil prices.’

Looking past market fluctuations in oil prices, Blitterswyk says the long view favors solar. Parsing a utility bill, he says close to 50% of the cost of electricity that customers are paying to utilities is actually for the transportation of that electricity and for the maintenance of the network. At the same time, a recent study by Goldman Sachs that UGE references shows that the number of outages on the U.S. grid over the last several decades has gone up by a magnitude of 10 in some places.

‘The costs of keeping up these grids, including all of the capital infrastructure that needs to be deployed just to keep it running in a reliable manner, is really extensive,’ Blitterswyk says. ‘We're going to continue to have electricity prices going up from the grid, I think, while solar prices are going down. The competition is actually getting weaker, not stronger.’