At the site of the KNP Complex in Sequoia National Park, Gov. Gavin Newsom has highlighted the California Comeback Plan’s over $15 billion climate package – the largest such investment in state history – tackling a wide array of climate impacts facing the state. The governor signed legislation outlining investments in a package that included solar, wind and electric vehicles. The 24 bills focused on climate and clean energy efforts, drought, and wildfire preparedness.

“California is doubling down on our nation-leading policies to confront the climate crisis head-on while protecting the hardest-hit communities,” says Newsom. “We’re deploying a comprehensive approach to meet the sobering challenges of the extreme weather patterns that imperil our way of life and the Golden State as we know it, including the largest investment in state history to bolster wildfire resilience, funding to tackle the drought emergency while building long-term water resilience, and strategic investments across the spectrum to protect communities from extreme heat, sea level rise and other climate risks that endanger the most vulnerable among us.” 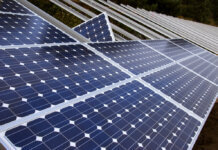