Turks and Caicos-based Fortis TCI Ltd., owner of the islands' electric utility, recently installed a 35.25 kW solar photovoltaic system on the company's headquarters in Providenciales. The pilot project could serve as a model for solar development in the Caribbean, where the economics of renewable energy seem extremely promising.

According to Jay Bennett, president and project manager of Urban Green Environmental, the system is currently the largest commercial solar installation in the Turks and Caicos, as well as the only one that is grid connected. He points out imported diesel-fuel supplies the vast majority of grid electricity for the islands, which form a self-governing territory of Great Britain. Nevertheless, Bennett says renewable energy for the Turks and Caicos is a matter of when, not if.

‘Because it is such a new area for the Turks and Caicos, we have been spending a lot of time working with the planning department to establish appropriate guidelines,’ Bennett says. ‘We are still trying to define the parameters through the government agencies. The government has just issued a draft renewable energy policy, which they have been working on for the last three years. Maybe by the end of the year the legislation will be enacted.’

In addition to working out tax policies and grid connection issues, Bennett says one of the key requirements for renewable energy installations is that they survive exposure to hurricane conditions. For example, the Fortis project was designed to survive sustained winds of 150 mph with gusts up to 200 mph.

Ryan Gilchrist, assistant director of business development at UGE, says the Turks and Caicos have very strong wind and solar resources. They also have very high electricity rates. ‘When we run our economic model for different regions, the Caribbean – and the Turks and Caicos, especially – has some of the strongest payback that we have seen,’ he says.

Gilchrist and Bennett agree that wind and solar both will feature strongly in the renewable energy strategy of the Turks and Caicos. Moreover, energy storage is also likely to prove popular for commercial and residential customers alike.

‘I consider the optimal solution to be a combination of the wind-solar hybrid solution, and also a combination of grid plus backup storage,’ Bennett says. ‘That's the ideal system here, and that's the way I think most of our clients are looking.’ 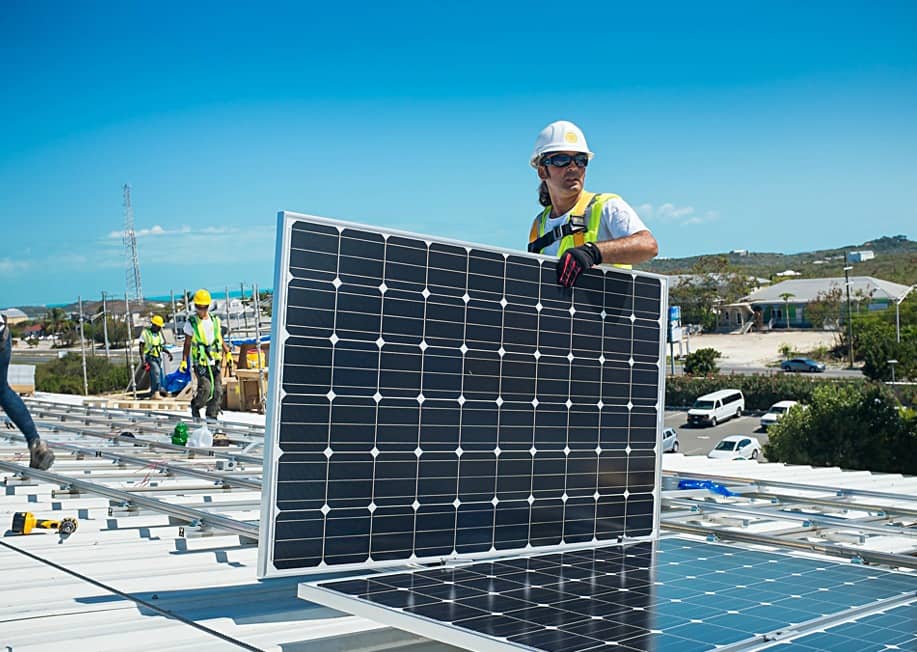