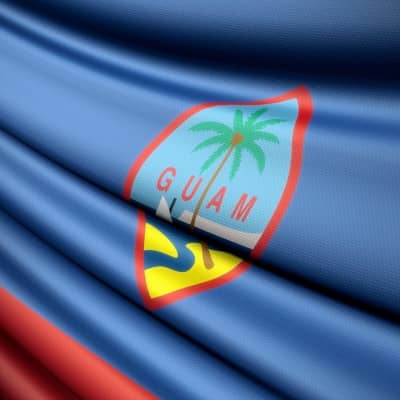 Earlier this month, construction began on the 25 MW Dandan solar power plant on the Pacific island of Guam. The Dandan project is providing an opportunity to examine some of the benefits and challenges of developing solar power for island utility grids.

Guam currently relies heavily on fossil fuels for its 552.2 MW of gross generation capacity – principally fuel oil and diesel. Due to a global rise in oil prices, the cost of fuel oil has increased over 400% during the last decade. According to the GPA estimates, the project is expected to generate enough electricity to save over $300 million on fuel costs, with approximately $100 million in net savings.

At the same time, Guam is a tropical island in the southwest Pacific, rather isolated and subject to all the harsh winds and corrosive effects of a maritime environment.

‘The Guam environment presents unique challenges from a constructability and operations standpoint,’ says NRG spokesperson Jeff Holland. ‘The site is exposed to heavy periods of rain, high humidity and temperatures, a corrosive salt environment, periods of high wind loads, and insects and snakes that inhabit the island. All of these potential issues were taken into account in the design of the project so to optimize the solar plant's operational capabilities.’

The Dandan site is previously disturbed farmland, which reduces its environmental impact and avoids many objections from a land use standpoint. The solar array will be interspersed with wetlands, and engineers laid out the roads and drainage for the site to avoid affecting these. Holland says land contours were mostly maintained to allow natural storm water runoff to occur.

Design and engineering considerations for island solar projects extend from site planning all the way down to the component level. Array Technologies Inc. (ATI) has developed a tropical version of its DuraTrack HZ horizontal trackers it is supplying for the 700 kW Nanea solar project on the island of Hawaii.Â

John Williamson, ATI's engineering manager, says the properties of the lava rock soils on the site required the Hawaii-based EPC Sunetric to employ a self-ballasted foundation system for the trackers. ATI provided Sunetric with specifications for the foundations and worked with the company's engineer on the design.

‘Wind forces are determined based on the location, site requirements, modules, maximum tracker angle, size and configuration of the array using data from our wind tunnel studies,’ Williamson says. ‘Testing was performed to simulate many design situations based on our prior experience, in order to include sites such as this.’

The tropical trackers use stainless steel rather than coated steel fasteners. All galvanized structural parts were specified to prevent red rust for the lifetime of the tracker. Painted mechanical components used special processes and coatings to preserve their cosmetic appearance. Some openings in the tracker structure were sealed to prevent excessive water intrusion.

Terrain conditions on coral islands are much different than for volcanic ones. Florida-based TerraSmart has completed a ground mount for a 550 kW solar power system on the island of Cat Cay in the Bahamas. Paul Benvie, vice president of engineering for TerraSmart, says the mount had to be embedded in solid oolitic limestone, which is typical for coral islands. Instead of driven piles, the mounting system required 448 ground screws.

‘The corrosion rate at Cat Cay is similar to other tropical maritime locations, which are more aggressive than other areas across the globe,’ Benvie says. ‘Being situated a few yards off the beach means that salt in the air is being deposited on the surface.’

‘To combat the effects of maritime corrosion, the entire racking system at Cat Cay is made of hot-dipped galvanized steel, which is coated in a layer of molten zinc,’ Benvie says.

As part of the operations and maintenance process in corrosive environments, the system owner is well advised to inspect the racking for signs of corrosion on a regular basis and rinse off the racking and panels periodically to remove corrosive contaminants and slow down the corrosion rate. Here, island environments in tropical climes may catch a bit of a break.

‘Tropical marine environments typically see a higher-than-average annual rainfall rate, which actually reduces the corrosion rate by rinsing the salt deposits from the surface of the steel,’ Benvie says.