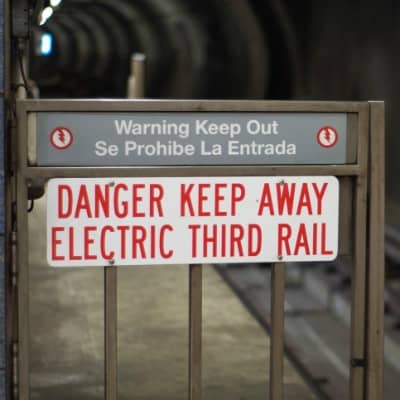 Net energy metering (NEM) is the third rail of solar politics. Time and again, a utility approaches its state regulators with a proposed modification to the existing NEM program, and advocates in the solar sector rip into the studies and calculations underpinning the proposal as ‘flawed’ and ‘out of date.’

The most recent outbreak of charge and counter-charge occurred in California with the public utilities' release of a draft report on the costs of NEM for the California Public Utilities Commission (CPUC). The report claims NEM will cost $1 billion a year by 2020 and be borne mostly by non-solar ratepayers. The document produced an immediate, negative reaction from the solar sector in the state, which had just celebrated a shaky victory in the passage of a law that preserves NEM – for now.

Similar stories are playing out in Colorado and Arizona.

‘The problem comes down to valuation,’ says Karl R. Rabago principal of Rabago Energy LLC and co-author of a new guide for state utility regulators, published by the Interstate Renewable Energy Council (IREC), on whose board he sits. ‘Regulators need to figure out what distributed solar generation's value is and how to compare competing views.’

The IREC report outlines the experiences of 16 regional and utility-specific distributed solar generation studies that were summarized recently by the Rocky Mountain Institute. With these lessons learned as a base, the report proposes a standardized valuation methodology for public utility commissions to consider implementing in future studies.

‘It's probably fair to say that if you don't want to do solar, that's a pretty easy paper to write,’ says Jason Keyes, a partner at the law firm of Keyes, Fox & Wiedman LLC and co-author of the report. Keyes, who represents IREC before state utility commissions, says utilities in different regions of the country vary greatly in how they evaluate the benefits and costs of NEM. Regardless, nearly all of these calculations are restricted to generation, transmission and infrastructure.

‘By and large, utilities are not looking at the societal value of solar at all,’ he says. ‘Our guidebook is an attempt to put a number on those values for regulators to consider. The goal is to come up with a standard methodology.’

Rabago points out that the role of state utility regulators is to set rates that are in the public interest. Utilities do not necessarily take the public interest approach because this has not been their function. However, the solar sector is producing value that regulators may not have much experience in processing.

‘IREC is involved in state rule-making,’ he says. ‘It is filing comments that are part of the record in states where NEM is an issue. We want to help fill the shelves of the essential library on this issue.’

Although the IREC report focuses on NEM, this is because of its ubiquity, rather than because of any preference.

‘We're agnostic about the policy,’ Keyes says. ‘However, it would be foolish to throw it out while you are experimenting with where to go next. It would be a fundamental policy fail to remove NEM before you had a well-defined alternative to transition to.’

According to Eran Mahrer, executive vice president of strategy and resources for the Solar Electric Power Association (SEPA), the issue comes down to determining the value of a distributed solar resource, and in light of increasing adoption regulators are forced to consider that value.

‘There are the practical costs, upon which the utility industry has been built,’ Mahrer says. ‘These produce rates for a transaction based exclusively on electron flow. Then there are the policy drivers of economic development, job creation and reducing carbon emissions which have become a part of this same conversation. These are not typically attributes captured within the utility business.’

Mahrer, who co-authored a SEPA report on NEM valuation, says in the future, there may be opportunities for solar customers to enjoy rates based on ‘non-traditional’ transactions that take into account the benefits of utility services to the customer and also benefits distributed solar provides to the electric system, including energy production capacity, reliability services, power quality and voltage support.

The IREC report, ‘A Regulator's Guidebook: Calculating the Benefits and Costs of Distributed Solar Generation,’ is available here.