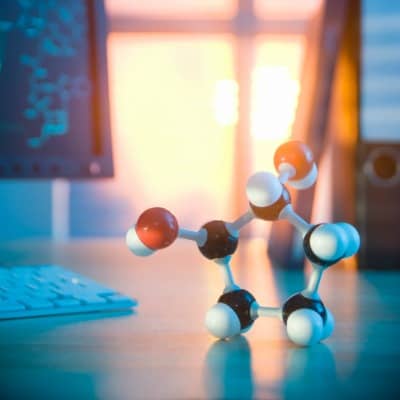 Borrowing a process used to discover new drugs and a networking technique used to search for signs of extraterrestrial intelligence, a team of researchers at Harvard University has published an initial material properties database for organic photovoltaic (OPV) applications.

Harvard's Clean Energy Project (CEP), led by Alan Aspuru-Guzik, professor of chemistry and chemical biology, is compiling a database of organic compounds according to their photovoltaic and structural properties. This way, the CEP team hopes to give researchers a head start in their investigations of new materials for OPV applications that have better efficiency and/or durability out in the field.

The Harvard Clean Energy Project Database is an open resource, freely available to all researchers. According to the developers, the database currently contains data and analyses on 2.3 million candidate compounds for OPVs. Of these, approximately 1,000 show a potential to convert 11% or more of captured sunlight into electricity, while 35,000 may achieve an efficiency of 10% or more. By comparison, most silicon-based PV cells demonstrate efficiencies of 15% to 20%.

While OPV currently is something of a fringe area of the PV market, its potential for deriving solar energy from thin-films, coatings and flexible cells has spawned an active research community.

‘Photovoltaic silicon is a great technology, but it is energy intensive and complicated,’ says Johannes Hachmann, a research associate at Harvard's Department of Chemistry and Chemical Biology and a member of Aspuru-Guzik's group. ‘The solar panels have to be operating for one or two years just to recoup all the energy that goes into making them.’

As it stands, the PV market is inflated by what many would consider oversupply, and positioning OPV as a cost-effective alternative is a bit of a tough sell. Hachmann acknowledges this, but says the manufacturing advantage and wide range of potential applications would overcome price issues in time.

‘We're talking about making OPV as cheap as plastic and then applying them everywhere,’ he says.

As interesting as the CEP's results may be to OPV researchers, the way it was compiled is compelling as well.

In the pharmaceuticals industry, researchers use a technique called combinatorial chemistry to evaluate the applicability of molecules for new drugs. Because you never know where the new drug idea may come from, computers race through the millions of combinations in which molecules and compounds could conceivably fit together to eliminate those that would not possibly work with target receptors in the human body. By eliminating the combinations that just do not fit at all, you narrow down the field to those that might be useful for further investigation. This eliminates a lot of dead ends right off the bat.

The CEP is embracing just such an approach for its database. In another twist, Aspuru-Guzik's group is using the resources of IBM's World Community Grid, a distributed network of participating computers. Processing is farmed out to idle or otherwise available computing power of users on the network who have signed on. A similar approach is employed by the search for extraterrestrial intelligence (SETI) in the form of the SETI@home project at the University of California, Berkeley.

According to IBM, more than 2.3 million computers in 80 countries have contributed unused cycle time for projects on the World Community Grid over the years, essentially creating a virtual supercomputer.

Eventually, the CEP is aiming at producing organic materials across any industry that currently uses silicon semiconductors, such as organic LEDs and organic transistors.