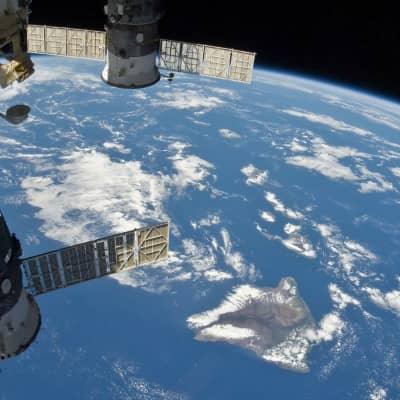 Hawaiian Electric Co. (HECO) has unveiled its proposed energy plan that would generate 65% of the electricity in its service areas from renewable sources by 2030, including a tripling of the amount of solar power deployed over current levels.

The plan was met with skepticism by solar sector advocates, particularly from installers of photovoltaic systems who have long expressed frustration with the logjam in interconnect approvals. Some of this frustration was manifest in a ‘candlelight vigil‘ for the solar sector held outside of HECO's offices in Honolulu in anticipation of the utility plan. The Pacific Business News reports that solar installers in Hawaii see the HECO proposal as heralding the ‘inevitable‘ end of net-energy metering incentives.

The tension in Hawaii at the moment is between installers serving the distributed generation (DG) solar market for residential and light commercial customers and the utilities that must approve the interconnection of such projects. Solar supporters, such as the Alliance for Solar Choice, charge HECO is blocking interconnection applications for DG PV projects in order to protect a business model that relies on conventional central generation sources.

Others see the problem as more nuanced, with utilities struggling to incorporate levels of PV penetration that are far in excess of what was anticipated even a few years ago. Many of the incentives and essentially all of the interconnection policies have their origins in a time when solar energy was considerably more expensive. The dramatic drop in cost-per-watt PV prices due to massive increases in solar panel production – generally by manufacturers seeking to cash in on these government incentives – has swamped existing application procedures.

‘As we see in Hawaii, you reach a point where you just can't accommodate more PV without having to make significant upgrades to circuits,’ says Sky Stanfield, an attorney with Keyes, Fox & Wiedman LLP who works on solar interconnection and regulatory issues. ‘The utilities want to – and legitimately need to – do more reviews as the number of PV systems increases on any one particular circuit.’

According to Stanfield, changes in interconnect procedures adopted by the U.S. Federal Energy Regulatory Commission and, subsequently, by several state authorities have resulted in the first significant improvements to such practices since PV began making itself felt. While this ‘Interconnect 2.0’ scheme has shown definite benefits in streamlining applications through an expedited review process while still ensuring system safety and reliability, it is insufficient for handling the number and scale of PV interconnections envisioned in many state renewable energy plans.

‘I think they are good changes,’ says Stanfield." But there is a lot more that needs to be done. We need to start thinking about Interconnect 3.0, which I think probably needs to be more transformative.’

In a sense, PV is a victim of its own success. The effect of adding significant amounts of intermittent renewable energy sources – and PV in particular – to the grid is perhaps nowhere more apparent than in Hawaii, with the essentially discrete grids of the individual islands. The disparity between loads and demands – both in terms of location and timing – is emerging as a key issue in the integration of intermittant sources on the grid.

In a presentation at the PV America conference in Boston last June, Dora Nakafuji, HECO's director of renewable energy planning, said one of the issues is that the utility's demand peaks at night. At the same time, most of the PV production occurs during the hours of 10 a.m. and 2 p.m., when fewer people are at home to use the power. This pattern results in a significant backfeed situation, where the amount of generation in local areas is more than the load.

The utility says backfeed threatens power quality locally, as well as grid integrity at the distribution level. As a result, HECO's proposal includes grid enhancements to produce ‘state-of the-art’ electric systems for its service areas on Oahu, Maui and Hawaii Island that will be able to make possible increased integration of solar power.

These improvements must be paid for. The issue of who will pay for them inevitably raises the issue of incentives for solar customers.

Such appeals to fairness are what prompt solar installers to interpret that the days of net-energy metering are numbered in Hawaii. However, it is also indicitave of the new reality in power generation, where DG solar is an intrinsic part of a utility's portfolio.

‘We're still fighting about just the valuation of solar,’ Stanfield says. ‘It would be great if we could jump over this discussion and start thinking about the value of renewable resources and enabling technologies as deployed together.’

Stanfield says the U.S. is going to have to start doing bigger system upgrades technically and allocating costs in a different way if it is going to reach really high penetrations of PV. Storage, in particular, plays a significant role in HECO's plans for a more robust, PV-acceptant grid.

‘The interesting and more exciting part of that is starting to look at integration of other energy resources that can help mitigate and manage and achieve those, through the use of storage and command response and energy efficiency,’ she says.