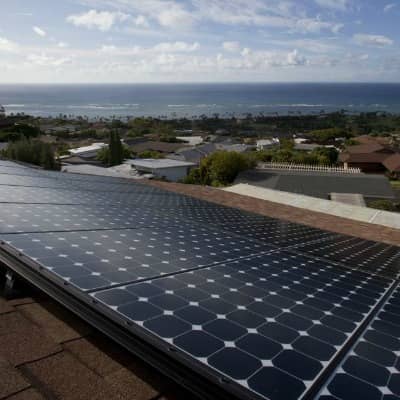 As solar stakeholders and utilities across the U.S. grapple with grid-connection challenges, a new initiative proposed by Hawaiian Electric Co.'s (HECO) utilities could provide a valuable framework to ease the pain. Working in collaboration with renewable energy groups and state agencies, HECO has developed a new plan that solar proponents praise as a proactive approach to accepting distributed solar onto utility grids.

Rather than ordering individual studies of each PV project that requests interconnection (a common approach at high penetration levels), HECO will preemptively forecast the solar generation expected to come online during specified planning periods.

The amount of anticipated solar development will be analyzed in individual areas, explains Tim Lindl, an attorney at the Interstate Renewable Energy Council (IREC). IREC was among the groups to provide recommendations to HECO during the multi-party planning process.

As HECO's utilities develop their PV forecasts, they will simultaneously examine their existing infrastructure to see how much solar generation can be absorbed and what upgrades may be needed. In doing so, the utilities will become better prepared to promptly process PV interconnection requests, Lindl says.

The plan comes at an opportune time, as Hawaii is experiencing a rooftop PV surge that has rapidly changed the electricity mix on many of its circuits. According to a recent report from the Blue Planet Foundation, Hawaii's solar installation total in 2012 doubled compared to all previous years combined, and some areas of the state experienced even more dramatic growth. Waianae, for instance, issued 521 PV permits in 2012 after processing 173 between 2002 and 2011.

‘I'm not sure many utilities have seen the levels of PV penetration that Hawaii is seeing,’ Lindl says. More than 20% of the state's circuits have surpassed 15% peak-load penetration of PV, he explains, adding that the 15% mark is typically considered the benchmark for a ‘high-penetration’ scenario.

The addition of significant levels of solar to the grid can introduce technical concerns, such as grid instability caused by anti-islanding, additional interconnection requirements and costly reactive power/voltage support. Utilities have publicly warned that as PV penetration increases, these problems will become more acute.

In Hawaii, the grid has yet to experience significant technical problems caused by PV, despite surpassing several circuit penetration limits in order to accommodate the state's PV market growth, according to IREC.

However, the solar boom did create what Lindl describes as a logjam. When every customer-sited project required an individual study, installation timelines stretched longer and longer, and project budgets were strained by the added expense of the impact study – much to integrators' frustration.

‘For project developers, the [new approach] will improve timeliness and cost-effectiveness,’ Lindl predicts.

An additional benefit is the removal of what IREC has criticized as ‘conservative blanket limits’ on renewable energy connected to individual circuits. Instead, HECO aims to create a ‘grid that is planned to fully incorporate rooftop solar,’ as IREC characterized the approach in a recent press release.

While highly attractive to the solar sector, this interconnection plan is not quite final, Lindl warns. The Hawaii Public Utilities Commission (PUC) must still initiate a proceeding in order for the plan to be implemented. Given that all parties involved thus far concur that the approach is reasonable and cost-effective, Lindl is optimistic that the PUC will quickly seal the deal, and that other utilities and utility commissions across the U.S. will also take notice.

‘This is a model that other utilities can look at as they approach high penetration – and hopefully before, so they don't start to hit the logjam problem that they are having in Hawaii,’ Lindl says.