In April 2013, Georgia Power awarded Hecate Energy a contract to develop a utility photovoltaic solar project under its Advanced Solar Initiative. The site of Hecate's bid was a rural location in Talbot County, near the town of Woodland, Ga. The project covers eight acres and will connect to the electricity grid. Hecate signed a 20-year power purchase agreement with Georgia Power in May.

ReneSola Ltd. has delivered 3,280 of its 1,000 V Virtus II PV modules for the project. GameChange Racking is providing the fixed-tilt ground mounts. Hecate Energy will ground mount 46 SolarMax MT A string inverters, which have output power of 18 kW and input of up to 1,000 V.

Preston Schultz, manager of development at Hecate Energy, says he has been interested in applying string inverter technology for larger installations. The attraction is the potential for higher energy yields and the ability to swap out individual inverters in the field in the case of failure, rather than having to take a central inverter offline. He says string inverters also enable more precise inverter-level monitoring.

‘I've been studying the concept for about three years,’ Schultz says, adding the main challenge was getting a financier comfortable with the idea of using string inverters where central inverters were more common. ‘I just had to wait for the right project and technology partner to come along.’

That opportunity arrived with SolarMax, which is a brand Schultz says the financier was willing to go with. Schultz says the installed cost of string inverters is higher than forÂ comparable central inverter capacity, but he is confident the plant will make up the difference in higher yields. The firm providing engineering, procurement and construction services, Georgia-based Radiance Solar LLC, was also eager to incorporate string inverters into a large project.

‘The magic number is creeping up in terms of distributed versus central inverters,’ says Allan Beale, general manager of SolarMax USA. ‘It's almost to the point where 2 MW is an easy choice. I think we're going to see a lot of distributed systems going in for 2014.’ 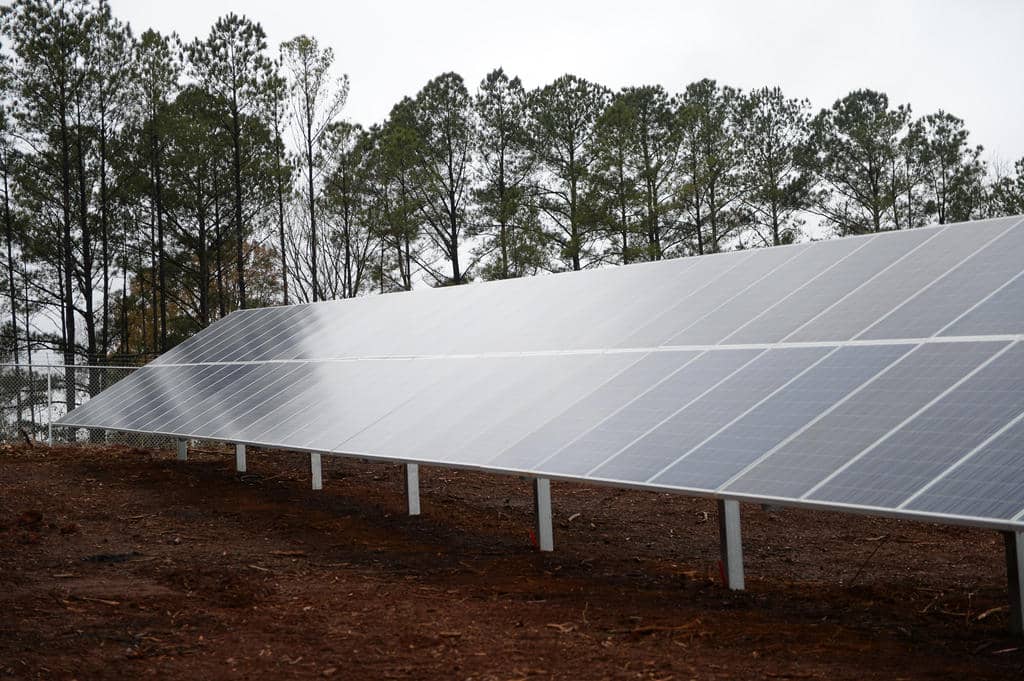