Home Solar News How Will EU And Chinese Solar Sectors Fare After This Trade War? 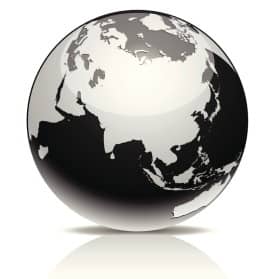 If the European Commission follows through with its reported plans to impose anti-dumping duties on Chinese solar imports, average pricing for Chinese-manufactured PV modules could surge by 45% in June, cutting some solar project internal rates of return to below 7% and further dampening demand in Europe, according to a new report from IHS.

Chinese modules carried an average price of $0.66/W in March and were expected to increase to $0.67/W in June, based on a forecast from the IHS Solar Module Price Index. However, with EU commissioners planning to impose import duties, IHS says average pricing could surge to $0.97/W in June.

EU commissioners plan to levy import duties on solar modules from China ranging from 37.2% to 67.9%. EU member states will vote on the proposals, expected in the next two weeks, and a preliminary decision will come into force by June 6. A further six months of negotiations is likely before a final decision is made, IHS adds.

"In recent months, prices of Chinese modules have crept upwards in key European markets as a result of the additional overhead incurred from the mandatory registration of imported modules from China," says Ash Sharma, senior director of solar research for IHS.

"However, when the duties go into effect, prices for Chinese modules will rise dramatically, as they cannot absorb these additional costs due to the poor state of their balance sheets," Sharma continues." This likely will force many Chinese PV module suppliers out of the European market and could spur rising costs for installations."

New pastures?
With much of the European market closed to them, Chinese suppliers would likely direct their attentions to other regions, the report says. Japan may soak up some demand for Chinese modules, along with markets in South East Asia.

But to make up for the European sales deficit, the report says a large volume of modules would need to be installed domestically in China. Given the low prices and the long delays in receiving payments for installation projects in China, this may prove to be challenging, IHS explains.

With the levies on Chinese modules already in place in the U.S. and the relatively low demand in emerging markets in places such as Latin America, Chinese vendors will likely suffer a huge impact this year.

IHS says EU-imposed duties could accelerate the consolidation of the Chinese module supplier base and result in more bankruptcies. In addition, Chinese suppliers may outsource module production to PV original equipment manufacturers (OEMs) outside of China in order to circumvent the duties.

Limited benefits
Meanwhile, the report says, benefits for non-Chinese suppliers are expected to be somewhat limited.

Despite the reduction in competition from China, Western vendors will be unable to raise prices significantly, as incentive schemes throughout Europe have been repeatedly ratcheted down because of severe price declines for both module and system prices, the report explains.

IHS adds that any major price increases would seriously deteriorate the internal rate of return on solar projects and make PV financially unviable in many segments of the market. Resulting price increases would need to be absorbed by the installer/EPC and/or the owner/investor of the project.

One possible winner may be module producers located in other low-cost regions outside of China, including Taiwan. However, the report notes, total module production capacity in these regions was just 3.4 GW at the end of the first quarter of this year, less than one-tenth of China's 35 GW. Because of that, IHS says the short-term upside is limited for these regions.

Inflation in Europe
According to the report, the increase in module prices will inflate PV system prices in Europe. At the same time, installers and EPCs are likely to absorb some of the additional costs and sacrifice their margins to limit the price increases they pass on to customers. IHS predicts that both events most likely will occur simultaneously.

"The analysis by IHS of project IRRs shows that the most price-sensitive market segments are German ground-mounted and large rooftops without self-consumption," says Dr. Henning Wicht, senior director of solar research for IHS." A system price increase of 10 percent in Germany would reduce the return on investment to less than 7 percent, seriously dampening investor appetite for this sector. This change could eliminate nearly 2 GW of installations that would have otherwise occurred."

Other segments, such as residential and commercial applications, will be less impacted by module prices, the report says. This is because modules contribute to a relatively smaller share of overall system costs in these areas and will continue to provide interesting IRRs for owners and investors, albeit at slightly lower values, IHS adds.

The full IHS report, titled"EU Antidumping Duties to Price Chinese Modules out of the European Market," is available here.