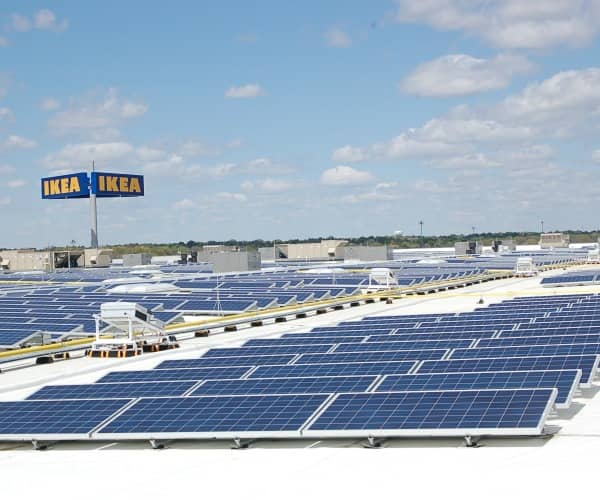 The installation represents the 41st solar project for IKEA in the U.S. The company has solar atop nearly 90% of its U.S. locations. IKEA owns and operates each of its solar PV energy systems installed on its buildings.

‘Plugging in this solar array is an exciting milestone to follow up on our successful opening last fall,’ says Rob Parsons, store manager at IKEA Merriam. ‘We are proud IKEA Merriam now has solar power for our electricity besides geothermal technology to heat and cool the building.’