IKEA has completed the installation a 1.18 MW solar array on its new Miami-Dade IKEA store opening this summer in Sweetwater, Fla.

The 178,000-square-foot solar array, constructed by REC Solar, consists of 4,620 panels and will produce approximately 1.74 GWh of electricity annually for the store.

This installation will represent the 40th solar project for IKEA in the U.S. The company owns and operates each of its solar PV energy systems atop its buildings. 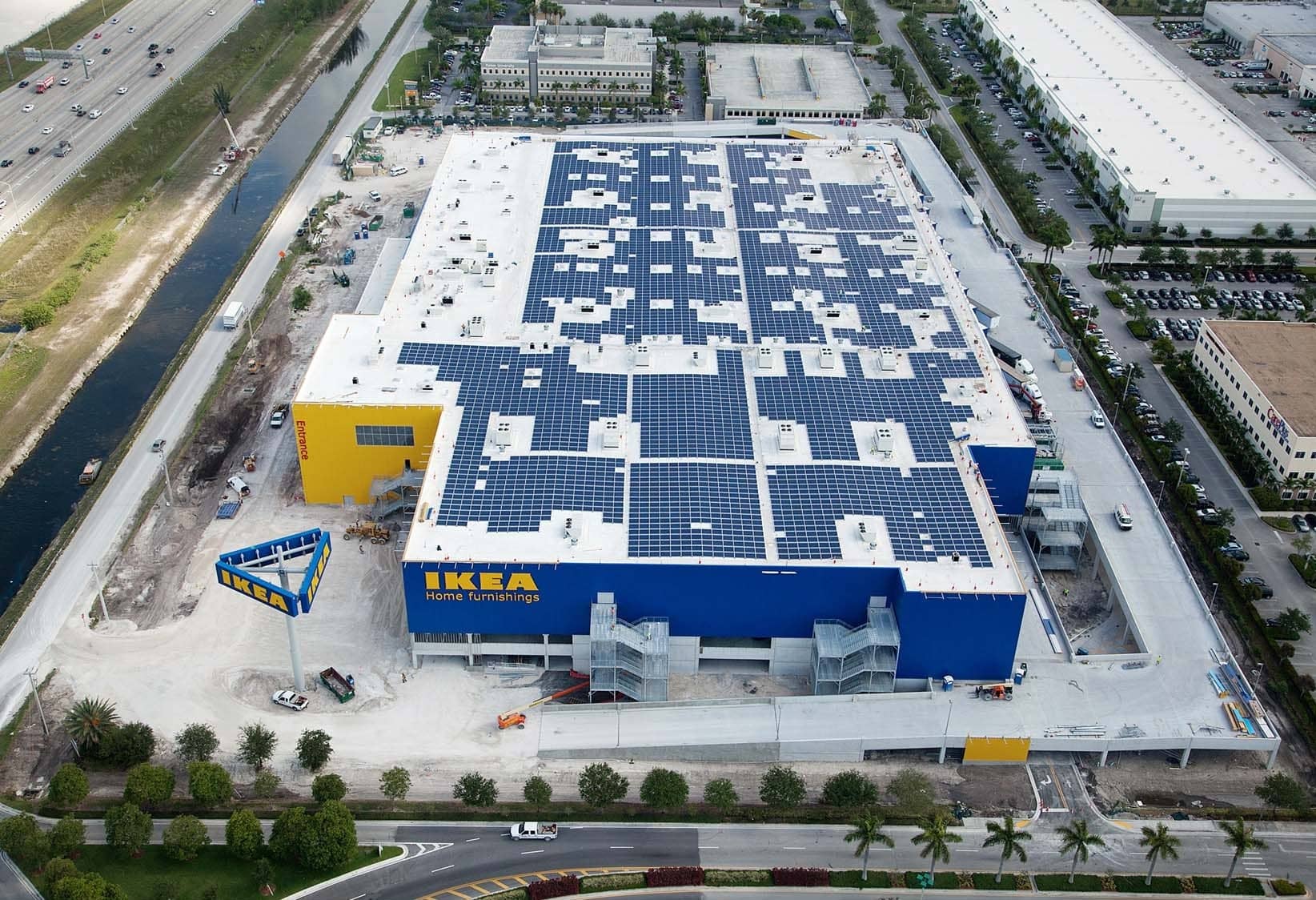