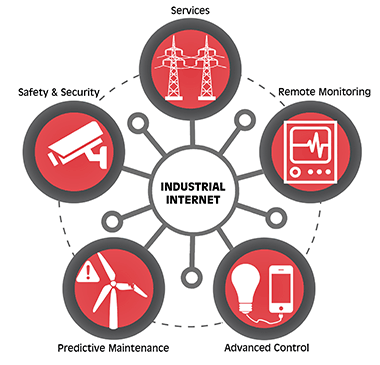 A number of technology companies and utilities have embarked on a testbed project to demonstrate a microgrid architecture for integrating solar, wind and storage that emphasizes distributed generation and control while maintaining overall grid reliability.

The project, under the supervision of the Industrial Internet Consortium (IIC), seeks to apply a conceptually similar networking scheme to the one for smart buildings, Nest devices and consumer products – but on a larger scale and with more security.

Hospitals, transportation systems and power systems are among the industries the IIC consortium has identified for its first efforts. Founding members of the IIC – AT&T, Cisco Systems, General Electric, Intel and IBM – have customers for their products and services in nearly all major industrial sectors. Nevertheless, the Communications and Control Testbed for Microgrid Applications is the only such project the organization has made public.

The effort involves IIC members RTI, Cisco and National Instruments, along with utilities Southern California Edison and CSP Energy in Texas. The goal is to replace current grid management schemes, which typically operate in 15-minute output update cycles, with a real-time system capable of responding to grid requirements as they change moment to moment. One of the most promising ways to accomplish this is to deploy a series of microgrids that are individually more responsive to local conditions while remaining in contact to ensure overall grid stability.

The first phase of the testbed project is to design and deploy a smart grid network in each of the utilities' research and development centers. The architecture behind the testbed project is based on Duke Energy's Open Field Message Bus that will provide a common means for its currently disparate distribution systems to communicate across. Duke Energy is using RTI's Connext data distribution service standard to develop the architecture.

The second phase of the project, scheduled for 2016, will demonstrate the scalability of the communication and control framework. The third phase of the testbed will deploy the architecture in an actual grid setting. The first two phases will take place at SoCal Edison's Control Lab in Westminster, Calif., while the final phase will deploy at CPS Energy's ‘Grid-of-the-Future’ test area in San Antonio.

According to Schneider, the power sector is a logical choice for the IIC's first public testbed project. Not only is power generation, transmission and distribution a founding part of the world's industrial infrastructure, but the challenge posed by integrating renewable energy onto the grid is timely.