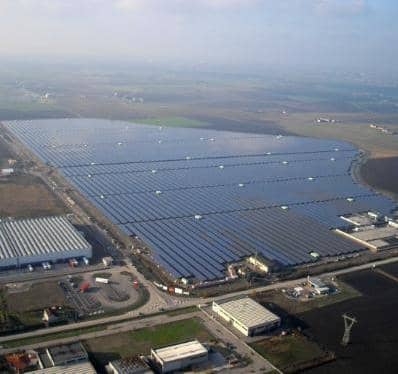 According to the country's minister of economic development, these revisions will allow for the continued medium-term and long-term growth of the PV market while encouraging its self-sufficiency and minimizing the economic burden of FITs on individuals and businesses.

Beginning next month, when Conto Energia IV goes into effect, current FIT levels will be gradually reduced over the remainder of the year. However, in 2013, incentive levels will increase between five euro cents and 10 euro cents per kWh, according to an analysis by Germany-based market research firm EuPD Research. At this point, all other forms of funding for PV – including tax breaks and investment subsidies – will no longer be available.

The decree distinguishes between small systems and large systems, with rooftop installations under 1 MW and ground-mounted installations under 200 kW defined as small systems. A funding cap of 580 million euros is in effect from June 2011 to the end of 2012 for large systems. Under current pricing conditions, this level of funding would allow for an installed capacity of 2.69 GW.

In addition, Conto Energia IV provides a 5% FIT bonus to system operators that pay at least 60% of their investment costs (excluding installation costs) to companies in the European Union. ‘Asian and American producers will be hardest hit by this,’ EuPD Research predicts.

The impact and uncertainty of Italy's revised FIT structure are likely to be felt both in Italy and in the entire global PV market, according to market analysts from Jefferies & Co.

‘While we believe the regulation is favorable for the PV industry in the second half of 2012 and beyond, the additional month of delay was extremely disruptive to the industry and will negatively impact second-quarter results for the group,’ the analysts wrote in a research note. ‘The question will be how quickly the Italian market can pick up.’ Another question is whether immediate demand pickup in Italy will prompt German buyers to accelerate their orders, believing that PV module prices have essentially reached their bottom.

Overall, however, the new Conto Energia is ‘substantially more positive than the first drafts and analyst expectations,’ the analysts wrote. In particular, encouraging components include the lack of a cap for rooftop installations up to 1 MW and the lack of a cap for ground-mounted systems up to 200 kW under self-consumption.

‘This is positive to the original draft, which capped all ground-based systems regardless of size, but is a negative versus our last interpretation,’ the analysts noted. ‘Although farmers use electricity for pumping water and could benefit from this self-consumption regulation, and that farmers are a large market in Germany, we recommend that investors consider all ground based systems as capped until this market can be further studied.’

‘There have been so many subsidy proposals in recent weeks/months, it's tough to tell whether this one is any better or worse versus prior expectations,’ he continued. ‘In addition, with the market screeching to a halt due to subsidy uncertainty, any renewed growth is somewhat of an incremental positive. However, it is clear to us that Italy's growth prospects are dampened and the market can no longer carry the industry.’

Italy's economic development ministry maintains that the ultimate effect will be positive and, in fact, predicts that the new Conto Energia will enable PV-generated electricity to reach grid parity in 2017.