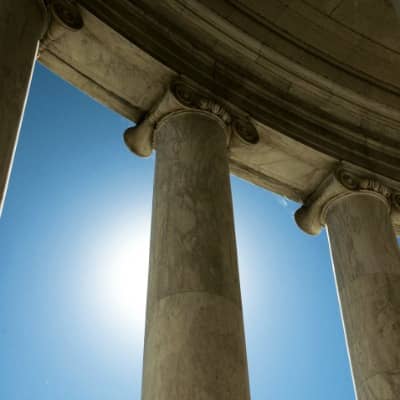 In what cleantech advocates regard as a stinging reversal, a federal judge has struck down Minnesota's 2007 Next Generation Energy Act (NGEA) restricting electricity generated by out-of-state power plants as unconstitutional because it violates the Commerce Clause. Minnesota officials have vowed to appeal the decision.

The NGEA bars Minnesota utilities from importing electricity from fossil-fuel power plants in another state that were not operating as of the beginning of 2007 unless the facilities offset any carbon dioxide (CO2) they emit. The purpose of the legislation was to encourage renewable power generation, increase energy conservation and decrease Minnesota's contribution to greenhouse gas emissions.

According to U.S. District Judge Susan Richard Nelson, the law violates the extraterritoriality doctrine of the U.S. Constitution by attempting to regulate wholly out-of-state transactions and requiring non-Minnesota merchants to seek regulatory approval before undertaking transactions with other non-Minnesota entities.

The offending provision was a requirement that the operator of a fossil-fuel power plant outside the state demonstrate to the Minnesota Public Utilities Commission that it offsets the plant's prohibited CO2 emissions through an approved ‘carbon dioxide reduction project.’

The case arose from a 2011 lawsuit against the NGEA filed by the State of North Dakota and backed by utility and coal interests. The plaintiffs expressed concern that the law blocked that state's utilities from signing power deals with providers that operate or plan to build coal-fired plants, even in other states.

‘If any or every state were to adopt similar legislation (e.g., prohibiting the use of electricity generated by different fuels or requiring compliance with unique, statutorily mandated exemption programs subject to state approval), the current marketplace for electricity would come to a grinding halt,’ Nelson wrote in her April 18 decision striking down the NGEA.

‘The result of this litigation has been exactly what we predicted from the beginning,’ says North Dakota Attorney General Wayne Stenehjem, in a statement. ‘We insisted that the State of North Dakota should not have to seek permission from Minnesota regulators to provide electricity to residents of Minnesota and other states in the region.’

For his part, Minnesota Gov. Mark Dayton came out swinging after the ruling.

‘I strongly disagree with the federal court's decision to strike down an essential part of Minnesota's Next Generation Energy Act,’ Dayton says, in a statement. ‘My administration will appeal this decision and oppose North Dakota's intentions with every means at our disposal.’

In voicing his determination to vigorously fight the case on appeal, Dayton highlighted the interstate entanglements of the nation's electric grid. Sara Bergan, an energy law attorney in the Minneapolis office of Stoel Rives LLP, says the case is a snapshot of a utility system in a state of flux.

There was a time, she says, when a vertically integrated power provider could be more certain of where the electricity generated by its assets went. Now the system is much more complicated.

‘It is interesting to see a court wrestle with the fact that electrons follow physical rules, not those of contracts or governments,’ Bergan says. ‘This is a challenge for people who want to regulate the electricity sector.’

As an example, Bergan cites Basin Electric Power Cooperative, which was concerned that its movement of power from a coal-fired facility in Wyoming in order to meet demand in North Dakota might be illegal under the NGEA, as it involved a shift from the western interconnection into the eastern interconnection, and it could not be certain the electricity would not physically flow to Minnesota.

Bergan says the court's analysis in this case is not likely to affect state renewable requirements because these are generally met with renewable energy certificates that are separable from the electricity that flows onto the grid.

Cleantech sector advocates were critical of the federal judge's ruling; however, some insisted it would not have a far-reaching effect on the advance of renewable energy.

‘The outcome of North Dakota's lawsuit will not have any practical impact on the market,’ says Michael Noble, executive director of Fresh Energy, an advocacy group opposed to fossil fuels, in a statement. ‘The world is moving on from coal. The world is changing at an increasing rate – solar and wind industries are experiencing double-digit growth. Everyone's talking about next-generation energy solutions.’