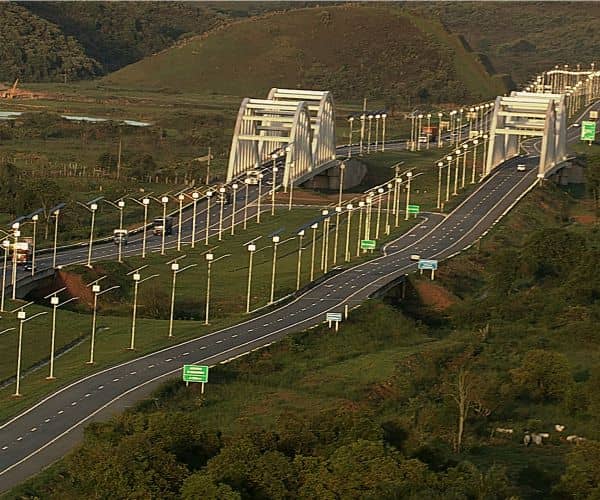 Slightly more than half of the 145-kilometer highway will be lit at night by stand-alone solar streetlights powered by Kyocera solar modules. Soter has been performing the installation over the last two years with funding from the state government of Rio de Janeiro. The transportation initiative is designed to streamline transit logistics, improve traffic and reduce import costs throughout the region.

‘Kyocera continues to be dedicated to solar solutions that are helpful in rural areas,’ says Sergio Beninca, president of Kyocera Solar do Brasil. ‘This solar lighting project helps contribute by not overburdening the energy grid system that many lower-income households in the area depend on.’