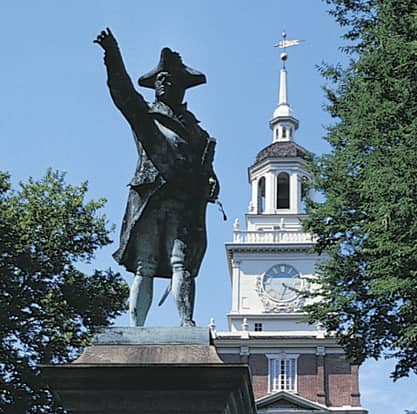 Strong project installation totals across the board, increasing market diversity and ever-expanding product manufacturing are propelling the U.S.' PV market to new heights, according to Rhone Resch, president and CEO of the Solar Energy Industries Association (SEIA).

SEIA expected more than 3,000 industry professionals to descend on the Pennsylvania Convention Center during the course of the conference, which includes general sessions, topic-specific educational sessions and an exhibit hall featuring companies from across the supply chain.

Although the conference is marketed as a regional event, PV America is the only U.S. conference focused solely on solar phovoltaics, the organization points out.

Resch's speech highlighted solar PV's growth last year and its potential for 2011. In total, 878 MW of PV capacity was installed in 2010, more than doubling 2009 installation totals. However, he acknowledged, much work remains to be done – particularly in continuing to ensure that PV projects of all sizes have access to funding, and in securing favorable policies at the federal level.

In 2010, the expansion of key new state markets was one of the key growth drivers, Resch said. The Mid-Atlantic/Northeast region – led by New Jersey – is now the largest market for PV in the U.S.

‘One of the defining characteristics of the U.S. market is its diversity,’ Resch added. ‘That fact became even more apparent during 2010. And it's one of the reasons that the world is looking to America as the next great solar market.

Resch also highlighted the solar market's manufacturing potential in the U.S. Although some domestic solar manufacturing plant closures made the news last year, construction has begun on more than 50 new factories.

Last year, production of cells and wafers in the U.S. nearly doubled, according to SEIA's research. Module assembly posted 62% growth.

However, numerous challenges remain for solar, Resch said. Although the industry was victorious late last year in securing an extension of the U.S. Department of Treasury's Section 1603 cash-grant program, the biggest obstacle for projects is financing.

SEIA has responded to these conditions by developing a multi-part approach to meeting finance goals. ‘First, SEIA is advocating for a multi-year extension of the 1603 program – an initiative that already has the support of President Obama,’ Resch said.

Additionally, Resch called for a ‘clean energy bank’ that would supply ‘long-term, low-cost financing by an institution that understands our technology and is willing to finance projects.’

Master limited partnerships must also be able to use tax credits, he said. Such a change, which he says would bring more investors into the solar market, would require modifications to the federal tax code. Resch also called for the federal government to be given the ability to enter into long-term power purchase agreements.

‘Finally, we need to develop a national clean energy standard that deploys solar. Providing policy certainty for our markets is critical to attract the tens of billions of dollars necessary for us to achieve our goals,’ he added.

Resch also noted that extensive paperwork and bureaucratic obstacles frequently pose a challenge to solar power development, and urged listeners to contact their elected representatives to show them how solar projects lead to job creation.

‘In addition to promoting specific policies, we also need governments at every level to embrace solar,’ he said. ‘Public solar installations help instill confidence in these technologies that Americans want to understand, and provide great marketing for our industry.’

To that end, he added, the White House's planned solar installation can serve as a prime example of a highly visible project that demonstrates solar power's viability to the public.