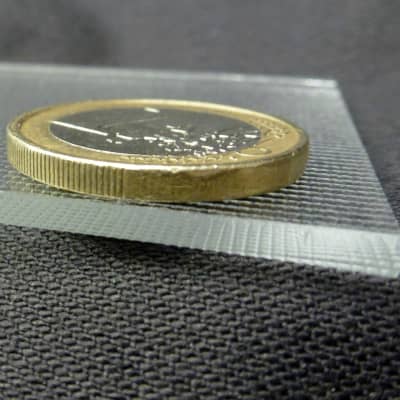 After a few months of relative quiet, the global solar trade war has heated up once again, with a new focus on the glass used in photovoltaic modules.

Shortly after the U.S.-based Coalition for American Solar Manufacturing (CASM) stated that it was pursuing legal action to challenge the U.S. Department of Commerce's (DOC) decision not to investigate Chinese subsidies of rolled glass, a group of European companies announced they had filed a formal complaint with the European Commission to request investigation of solar glass produced in China.

The complaint, led by Germany-based GMB Glasmanufaktur Brandenburg GmbH and unnamed cohorts in the EU ProSun Glass coalition, accuses Chinese manufacturers of flooding the global market through illegal trade practices, to the detriment of the EU's glass producers.

EU ProSun Glass claims to represent more than 50% of solar glass produced in the EU. Despite their name similarities, the group is not affiliated with EU ProSun, the SolarWorld-led coalition whose complaint to the European Commission last fall kicked off an ongoing investigation into Chinese solar modules. (The commission is expected to rule on the module case before June 6.)

Nevertheless, Milan Nitzsche, president of EU ProSun and head of marketing and communications at SolarWorld, was quick to note the group's support of EU ProSun Glass.

‘The new case shows that China's strategy to dominate the solar sector is not limited to just solar modules, but also materials like glass,’ Nitzsche said in a statement. ‘It's a question of time [as to] when equipment and raw material manufacturers will follow.’

Like their counterparts in the PV module manufacturing business, Chinese glass producers receive a plethora of subsidies and other forms of government support, the group added. Consequently, although rock-bottom pricing means that most of these companies are currently operating at a loss, the state's support has kept them buoyant.

EU ProSun Glass offers the recent history of its leader – GMB – as an example of the toll that the Chinese solar glass sector has taken on European manufacturers: After years of sold-out inventory, the company immediately began suffering when Chinese companies began offering their products at prices that undercut European suppliers' offerings – and continued to plummet.

‘If no action is taken, the Chinese producers could easily take over the entire EU market,’ EU ProSun Glass warned.

But China's domination of the solar glass market hurts more than just European glass producers, according to the coalition. As a highly energy-intensive process, glass-making requires close attention to resource efficiency, and manufacturing location can play a key role.

‘The most important task of solar technology – to produce energy responsibly and sustainably – has degraded into a purely financial investment,’ the group remarked. ‘Financial profit is the only thing that counts.’

In order to restore balance of priorities and help keep European factories running, EU ProSun Glass is seeking the imposition of unspecified trade remedies. It is expected that these measures – if any are applied – may take the form of tariffs.

U.S. glass exclusions
Back in the U.S., where the DOC voted last fall to apply tariffs to Chinese PV modules, the pro-tariff contingent's main complaint since the decision has centered on the fact that PV modules produced in China from cells manufactured in third countries are not subject to tariffs.

Many Chinese manufacturers have simply shifted portions of their manufacturing processes to neighboring countries and have evaded tariffs with minimal hassle or pricing changes.

Another one of the CASM's recent challenges to the DOC decision focuses on the exclusion of rolled glass from the investigation.

In an October 2012 intra-agency memorandum archived on its website, the DOC acknowledges that the coalition did initially petition for both rolled and float glass to be investigated. But the investigation itself included only float glass.

In response, the CASM has argued that in similar trade cases, the DOC has found that rolled glass was illegally subsidized and dumped in the U.S.

EU ProSun Glass, meanwhile, has not yet publicly indicated what types of glass it has petitioned for inclusion in its complaint.