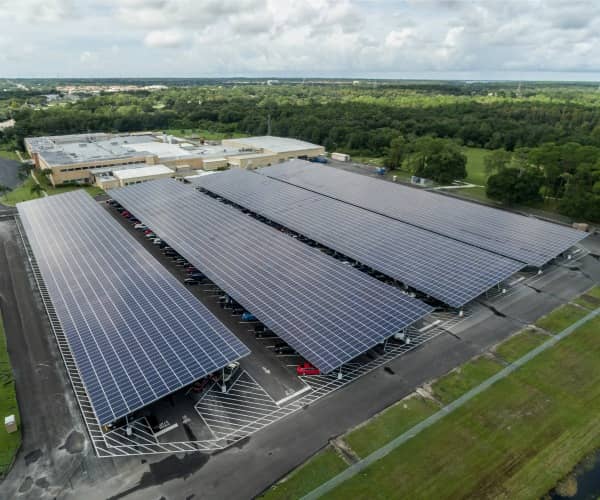 Lockheed Martin has powered up its 151,400-square-foot solar array covering the parking lot at its facility near Clearwater, Fla.

The solar project is expected to generate 3.33 GWh of electricity per year.

‘This plant is indicative of Lockheed Martin's drive to be energy-efficient and a responsible corporate citizen,’ says Leo Mackay, Lockheed Martin's vice president of sustainability. ‘It is a building block in our larger effort to align our company with the demands of this century – global security, advanced infrastructure and renewable energy.’

More information about the project can be found here.