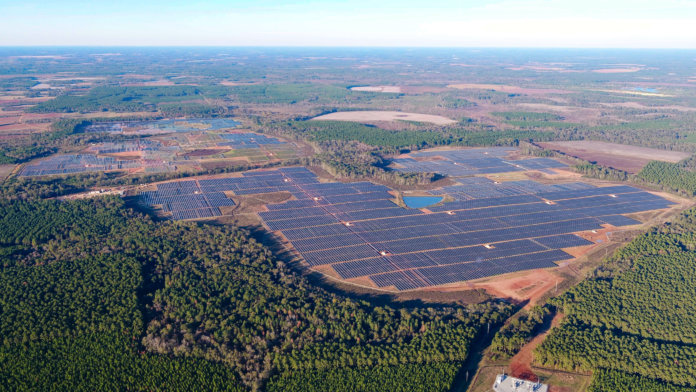 Facebook chose Walton EMC as the power supplier for its data center in Newton County when it announced the facility in March 2018. As part of its agreement to supply 100% renewable energy for the location, Walton EMC announced a contract in December 2018 with Silicon Ranch, the U.S. solar platform for Shell and one of the nation’s largest independent solar power producers.

Silicon Ranch employed more than 675 people in Early County over the past 10 months to assemble and install single-axis trackers that utilize NEXTracker’s TrueCapture smart control system. The project consists of more than 350,000 Hanwha Q CELLS solar modules across 1,200 acres. The modules were among the first produced by Hanwha Q CELLS at its new manufacturing facility in Whitfield County.

In November, Walton EMC announced a second agreement with Silicon Ranch on behalf of Facebook to further support the Newton Data Center with renewable energy. The 107 MW facility will be located in southeast Georgia and is scheduled to come online in 2021.