According to a Massachusetts solar owner and operator, the one environmental factor that is capable of putting a real damper on the state's popular solar renewable energy credit market is snow.

‘The belief in the industry in Massachusetts was that the snow would simply slide off the modules,’ says Dean Iandoli, who owns and operates 4 MW of solar in Barre, Mass. ‘Last winter, I watched first-hand at our own facilities, and that was definitely not the case.’Â

During the winter of 2012-2013, Iandoli says he watched in frustration as the sun rose above his fields while a thick layer of snow covered his panels – reducing daily output to zero kWh. Realizing that manually removing the snow with a few employees and snow brushes would not be cost effective and could damage the face of the modules, he created a machine to remove the snow using a heated air blower. 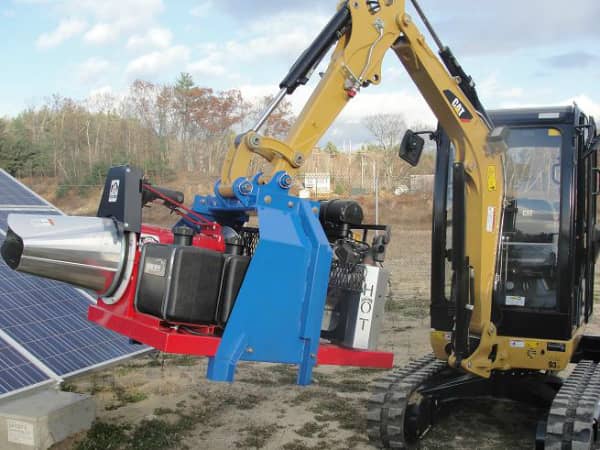