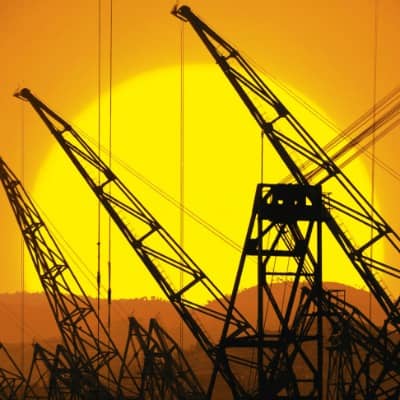 The 30 largest engineering, procurement and construction (EPC) companies in the global photovoltaic industry installed 30% of the world's non-residential PV capacity in 2013, up 5% from 2012, according to analysis from IHS Technology. Nine of the world's top 10 entities are China- and U.S.-based integrators that actively pursue large utility-scale projects, mainly conducted in their home markets, IHS says. Growing local opportunities will propel these leading companies to gain further market share.

The U.S. International Trade Commission reported last year that global demand for renewable energy services such as EPC has grown rapidly in the past five years, making the U.S. a leading importer and exporter of solar and wind services. The government report also says China and Europe are strong in the market, although the IHS analysis seems to show European firms fading. The only European-based integrator among the top 10 in 2013 was Spain's Abengoa, which is pursuing opportunities in the U.S. to build up installations worth 260 MW.

In a global market where non-residential PV additions climbed 20% during the past year, a company like China's TBEA Sun Oasis quadrupled its installations to approximately 1 GW, putting the integrator in second place. TBEA was surpassed only by No. 1 Arizona-based First Solar, which had doubled its installation capacity in non-residential markets to more than 1.1 GW.

‘We see integrators in the U.S. and China rapidly executing very large pipelines, which accounts for some of the notable growth last year,’ says Josefin Berg, senior analyst for solar demand at IHS.

IHS predicts that this trend will continue in 2014, as China and North America maintain their momentum for utility-scale PV. Planned PV projects in the U.S. and China fill 50% of the global PV pipeline of announced projects. At least 2.5 GW worth of projects larger than 20 MW are currently under construction in the U.S., and another 2.1 GW are in the works in China.

The progress of these projects will significantly impact the EPC ranking in 2014, but First Solar's current construction of 770 MW is likely to allow the integrator to keep its position within the top three, IHS forecasts.

Globally, 123 projects larger than 20 MW are being built outside of the two dominant solar powers, amounting to some 7.6 GW in total.

In the U.K., the highly competitive PV environment has left two major PV integrators -Â S.A.G. Solarstrom AG and Wirsol AG – insolvent. As a result, Wirsol had to sell off its 100 MW pipeline to Conergy AG. Although the U.K. is experiencing a booming market for utility-scale solar, with installations of 1.2 GW of non-residential PV on track for 2014, system integrators struggle to stay afloat. Under the U.K.'s trimmed renewable obligation credits (ROC) scheme, the system integrator is expected to cover all costs during the construction process until the projects have been accredited, which can take more than six months after project completion. This keeps investors risk adverse, IHS says.

‘This long process put system integrators at risk of running out of cash before the project is sold and paid for,’ Berg says. ‘Consequently, the most successful EPC companies building PV plants in the U.K. are either backed by venture capital or form part of larger construction groups.’

She cites Solarcentury as an example of the former and Isolux Corsan, Martifer, Oskomera and Goldbeck as examples of the latter.