Home Solar News Minnesota PUC Passes On Value Of Solar, But Likely Not For Long 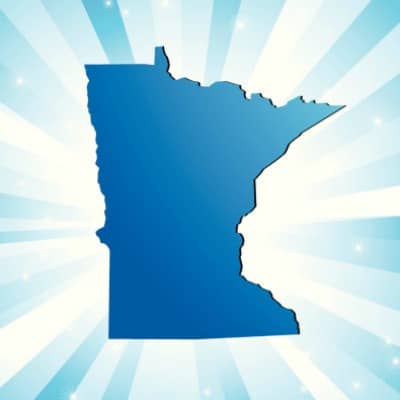 The Minnesota Public Utilities Commission (PUC) has taken the bold step of devising a rate based on a value of solar (VOS) calculation, which aims to take the various practical and societal benefits of solar power into account. When the first case involving a potential VOS-based tariff arose last week, the commission decided – with somewhat less boldness – not to apply it, at least not immediately.

Rather than representing a balk or a blink, legal observers who follow solar tariff policies say the decision was more of a breather. This was because the case involved a proposed additional incentive on top of the VOS rate.

‘There is still momentum around setting the VOS right and trying it,’ says Sara Bergan, an energy law attorney in the Minneapolis office of Stoel Rives LLP. ‘It has been such a meticulous, thorough process that it wasn't the time to just jump in with an additional incentive that hadn't really been carefully thought through.’

The issue in question involved Xcel's proposed community solar garden (CSG) program. CSG programs are emerging as a opportunity to make solar power available to businesses and homeowners who are unable to host solar arrays on their own properties. Customers buy subscriptions in a proposed solar project – perhaps on a per-panel or wattage-block basis.

As defined by Minnesota statute, the developer of a CSG project sells subscriptions to utility customers in 200 W allotments. The customer continues to purchase electricity from the grid, but then receives a payment from the utility based on his subscription.

As a result of the PUC decision, Xcel's CSG program will go forward with subscribers receiving payments based on applicable retail electricity rates – which is to say, business as usual. However, the commission also says that a VOS tariff, possibly plus an incentive, will supersede the applicable retail rate when it is approved.

Andrew Moratzka, a partner at Stoel Rives' energy development group, says the PUC declined to specify a VOS-plus-incentive rate in this particular case because solar developers came forward saying they could finance construction of CSG arrays in Xcel's service territory using the applied retail rate. For this reason, the PUC was inclined to defer setting a VOS rate for a while longer.

As Moratzka described the PUC proceedings leading to the most recent decision, solar associations and a group of developers backed a VOS plus an incentive that would equate to a $0.15/kWh levelized rate over the life of a 25-year contract. On the other side, Xcel, a small developer and a large developer – which Stoel Rives represented – said the applicable retail rate could work. This would amount to approximately $0.115/kWh for larger systems subscribed by commercial and industrial customers to $0.15/kWh for smaller systems subscribed by residential customers.

Most agree that Minnesota will set a VOS-based tariff eventually – and sooner rather than later. The PUC is currently seeking comments on the value of solar and what reasonable incentives might look like from concerned parties through Oct. 1.

Supporters says VOS-based tariffs offer developers the certainty of guaranteed rates for long-term contracts. Moreover, because they incorporate societal benefits and other characteristics of distributed solar power typically left out of utility rate calculations, VOS tariffs tend to be higher than retail rates, at least in the near term.

In the meantime, there is little fear that applicable retail rates, which are tied to the price of fuel, are likely to come down such that solar developers will be deterred for long. While a definitive VOS tariff would have the virtue of removing uncertainty in the rate of return of investors in solar projects, there is little uncertainty about the direction in which electricity rates are likely to move.