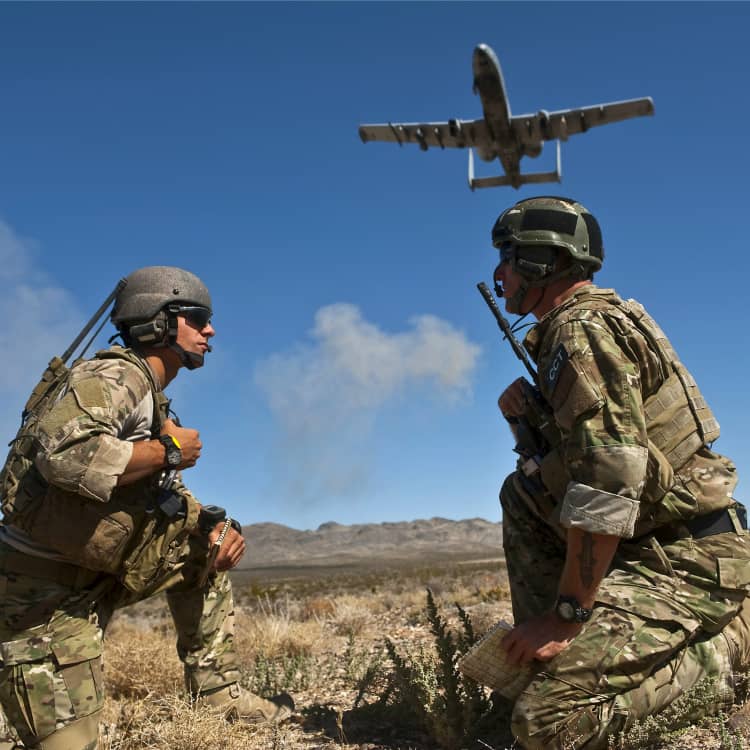 The Department of Defense's (DOD) vast landholdings in the Mojave and Colorado deserts in the U.S. Southwest could be prime territory for an enormous amount of solar development, but project developers, investors and other parties eager to explore military properties must also be aware of numerous obstacles unique to this type of land.

In response to a fiscal-year 2010 congressional request to conduct an ‘alternative energy study,’ the DOD commissioned an extensive assessment of the solar potential for nine large military installations in California and Nevada's desert areas. ICF International conducted the research and prepared the report.

On a purely numbers-focused basis, the findings are impressive: More than 7 GW of solar energy development is ‘technically feasible and financially viable’ on these properties. The hypothetical economic payoff – for project developers and the government alike – is similarly attractive.

‘Private developers can tap the solar potential with no capital investment requirement from the DOD,’ the report states. ‘The federal government could potentially receive approximately $100 million/year in the form of rental payments, reduced-cost power, in-kind considerations or some combination among them.’

However, in order for even a small portion of this 7 GW of solar power to be realized, both the DOD and any solar companies interested in military projects will need to confront the inherent conflict between mission activities and solar power development.

‘Because it is unlikely that any new major [military] installations will be created in the region, the existing installations should be considered irreplaceable, and any degradation of their ability to perform their missions has an impact on both the near- and long-term capabilities of the military to protect and defend the U.S.,’ the report explains.

‘Any plan for large-scale solar development on these installations needs to acknowledge and start with that premise,’ the researchers stress.

Making matters more difficult is the lack of existing data on conflicts between mission activities and solar development. Although Nellis Air Force Base in Nevada already hosts a large PV array – and several small-scale solar installations exist on other military bases – the likely impact of much larger projects remains largely unknown.

According to the DOD, the primary solar/military co-existence concerns can be broadly divided into two categories: ‘spectrum issues’ (e.g., problems with interactions in radio frequency, infrared or visual spectra) and physical/operational mission conflicts.

Although PV was deemed much less likely than CSP to create harmful glare and other visible-light problems – as well as infrared issues – both types of technology are likely to interfere with laser designators and high-power laser (HPL) weapons.

‘HPL and solar infrastructure cannot co-exist where there is a chance of inadvertent laser spillover onto specular surfaces such as PV arrays or CSP heliostats,’ theÂ DOD says. ‘In addition to damage to the solar infrastructure, the redirected energy can cause effects well off range.’

On the physical-hazard side, incompatibilities between solar installations and military facilities include flight-operation challenges, physical obstructions, and restricted access and dangers associated with live-training firing and weapon-launch areas, among other issues. Some can be mitigated by careful placement of solar infrastructure, but the magnitude of conflict depends on the individual properties of each installation, the DOD says.

Where solar can fit
As a result of these conflicts – as well as other factors that often limit local solar-installation suitability – the report found that a high percentage of land in the study areas was not suitable for PV or CSP.

In all, 25,000 acres were deemed ‘suitable’ for solar development, and another 100,000 acres were judged ‘likely’ or ‘questionably’ suitable for solar. A full 96% of the areas studied are not a good fit for solar, the DOD found.

Large, ground-mounted PV installations may make the most sense at the military bases studied. Approximately 4,000 MW to 11,000 MW of PV – collectively generating anywhere from 8,000 GWh to 21,000 GWh in 2015 – could find a home at these sites. Cantonment areas ranked among the most promising sections of several of the military bases.

On the flip side, small ground-mounted sites were judged to be not economically viable in most cases, due to transmission costs. Roof-mounted PV may be useful at certain sites, but its scope is comparatively limited, according to the DOD. Parking-lot installations were cost-prohibitive, in most cases.

‘Crystalline silicon PV with trackers is the most economic technology package, but all PV technologies can have attractive financial returns on ground sites,’ the report says. Trackers' higher electricity output and lower peak output per acre – which lowers transmission costs – allow it to offset its 17% price premium.

Given all these findings, the DOD outlines a host of crucial next steps for overcoming challenges and shifting this enormous solar potential from possible to actual:

– Resolve uncertainty with the Department of the Interior regarding ‘withdrawn lands’;
– Accelerate transmission development with key partners;
– Clarify renewable energy credit policy;
– Develop energy-security programs;
– Ramp up coordination of renewable energy initiatives among multiple installations;
– Create a consistent formula to allocate project benefits and costs;
– Partner with the Bureau of Land Management on land rental issues; and
– Decide on a methodology for mission-compatibility analysis.

The DOD urges all stakeholders to avoid latching onto the eye-popping solar potential numbers as a numerical goal. Rather, the report explains, development proposals will probably come naturally as the department builds out a structure to support solar development.

‘The DOD has the potential to dramatically increase its level of solar development using third-party capital and without compromising mission performance,’ the report concludes, adding that solar developers are now ‘highly motivated’ to pursue projects.

‘[A]t the end of 2016, the most important solar tax incentive will decrease by two-thirds (if not reduced sooner),’ the report points out. ‘The DOD is in the position to take advantage of the value offered during this five-year window.’