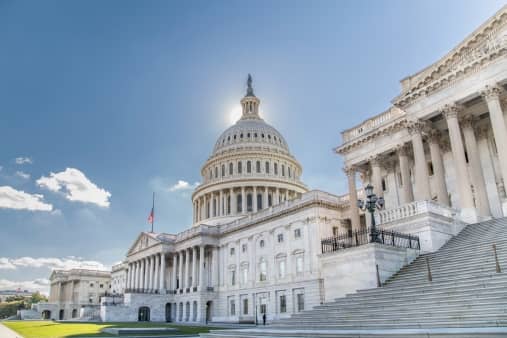 On Tuesday night, the U.S. House of Representatives included a five-year extension of the solar investment tax credit (ITC) in an omnibus bill that will likely be finalized and taken up by the full House by the end of this week.

The implications of this development could be huge for the U.S. solar market, which was staring down a sunset of the wildly successful ITC at the end of 2016. The 30% tax credit has been instrumental in driving growth in the solar industry, and stakeholders have been fearful of what might happen to the market if the ITC is allowed to lapse next year.

The path of the $1.15 trillion omnibus spending bill is uncertain, but some observers contend that there is reason to be optimistic.

‘Although sudden opposition could block immediate approval of the full bill, it looks close to certain that the ITC extension will go ahead,’ said IHS Technology's Ash Sharma and Josefin Berg, in a briefing.

The Solar Energy Industries Association (SEIA) voiced its support for the measure, saying that the ITC extension is a ‘bold step.’

‘By extending the solar investment tax credit for five years with a commence-construction provision and a gradual ramp-down, bipartisan members in both Houses have reestablished America as the global leader in clean energy,’ said Rhone Resch, president and CEO of SEIA, in a statement.

IHS noted that an ITC extension would completely change the trajectory of solar project development over the next decade.

‘The extension of the ITC for solar power projects – and the changed deadline criteria from 'placed in production' to 'started construction' – relieves the solar industry of the pressure to complete projects in 2016,’ the company said.

‘For projects that are contracted to come into place by the end of 2016, IHS anticipates that developers will renegotiate the deadlines for the least advanced projects. The majority of pipeline projects that are not yet ready for construction are forecast to be completed after 2016, with peaks in 2020 to 2023.’

Recent IHS analysis found that there is currently a domestic PV project pipeline totaling about 58 GW. A five-year extension of the ITC ‘could spur developers to continue growing the pipeline at the current rate of 15 GW per year.’