According to Mark Durrenberger, president of New England Clean Energy, the solar array is one of the largest in the commonwealth. The system will cover the electric needs of several properties while earning income through the sale of solar renewable energy credits (SRECs).

‘The size of residential solar systems has been increasing steadily since we opened our doors – on average, 30% a year since 2007, based on the 300 installations we've done in central Massachusetts," Durrenberger says. ‘Our average system size in 2012 was about 6,150 watts. So far this year, it's 7,800 watts.’

Durrenberger adds that even though the Commonwealth Solar II rebate tops out at 5 kW per system, homeowners are installing larger systems to take advantage of the 30% federal tax credit and SREC income.

Installation of the Grafton system was completed in early October and will become operational after National Grid approves the system's interconnection to the utility grid. 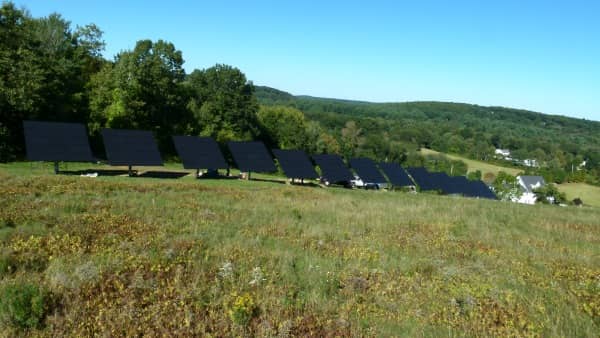