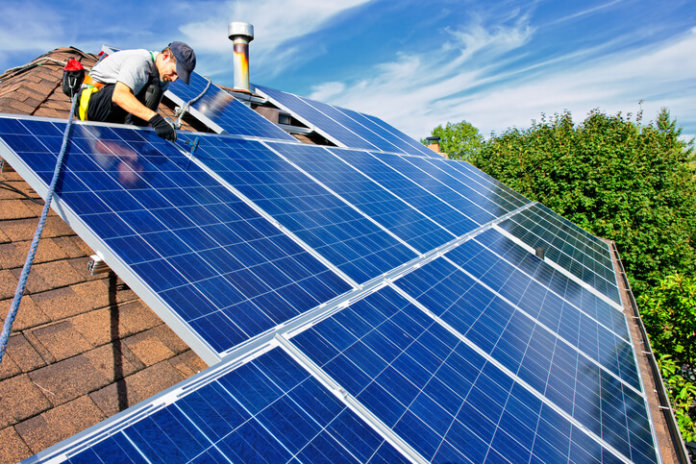 The grid is changing. It is decentralizing, becoming two-way, and is increasingly a platform for consumer empowerment and innovation, yielding efficiencies for all grid participants. Rooftop solar is the engine driving this future. The New Hampshire Public Utilities Commission (PUC) recognized this in its newly issued net energy metering (NEM) order.

For context, over one year ago, then-Gov. Maggie Hassan signed H.B.1116, which doubled the NEM cap and directed the PUC to determine next steps for rate design in the state. That triggered a robust and collaborative PUC process resulting in the new order.

Issued last Friday, the order is a win for everyone. It ensures market stability by removing all NEM caps, offering grandfathering until 2040, and creating an implementation date of Sept. 1, 2017. There were also incremental changes introduced by the PUC as the commission begins the process of gathering data to consider a future rate design. The commission recognized that monthly netting should be maintained – and that the utilities’ push for “instantaneous netting” (i.e., no netting) would cause rate shock and present “inefficient customer price signals.”

The order also maintains full retail credit for monthly net excess generation for supply and transmission, while no longer giving credit for policy-based, non-bypassable charges like the system benefits charge.

Perhaps the biggest change is that monthly net excess will only receive 25% of the distribution component. While we at The Alliance for Solar Choice do not believe this is justified by the existing data – and thus is arbitrary – the commission made the right decision in rejecting the utilities’ position that the distribution component should be zeroed out. Further, this new rate is temporary until the state can implement a rate based on real data and real value.

“We have our long-awaited net metering order – and it is a qualified victory for consumers,” wrote the New Hampshire Office of the Consumer Advocate in a statement, later adding, “We’ve charted a path forward for the further implementation of new technologies and new rate designs that will make consumers more powerful and autonomous users of the grid.”

We agree with the consumer advocate that this is a qualified victory. While we do not agree with everything in the order, the PUC conducted a robust docket and closely reviewed all of the evidence. This process should serve as a national model.

And we certainly agree with the PUC’s ultimate conclusion that more data must be gathered before the state can set a long-term, granular tariff structure. New Hampshire has a fast-growing solar industry but extremely low solar penetration. And now, it will be a leading state to watch for distributed energy policy as New Hampshire embarks on the second phase laid out in the order.

During the second phase, a time-of-use (TOU) pilot will be conducted to “inform future net metering and general rate designs, including a potential transition to TOU rate alternatives for all customer rate classes.” Time varying rates have been part of the path forward in many states, including California, Colorado and New York.

In addition, a non-wires alternative (NWA) pilot will begin with the utilities identifying “all distribution circuits or substations that are planned for upgrades within the next five years, the reason for the planned upgrades, the reliability criteria and benefits of the planned upgrades, and the estimated costs of the planned upgrades.” NWAs have been successfully implemented throughout the Northeast, including Maine, Rhode Island, New York and more – and have been shown to be more flexible and efficient than traditional utility infrastructure spending. This pilot will solidify New Hampshire as a national leader in grid modernization.

Additionally, the order triggers a real-time pricing pilot, which will test out innovative ideas for rate design in the state. There will also be a low-income pilot, which, in our opinion, could have been broader to expand access to solar savings to more New Hampshire residents.

Finally, and most importantly, phase two also mandates a value of distributed energy resources (DERs) study. Although we believe the time horizon should have been longer, the 10- to 15-year framework will provide a reasonable lens through which to view the benefits that DERs provide to the grid. This collaborative study and the data from the pilots will then feed into a future, more granular rate structure in New Hampshire.

The ruling is a big win for the state of New Hampshire. It’s the latest example of states taking action to support solar energy and provide consumers with more clean energy choices. While there are some obvious states moving to expand access to renewables (California, Hawaii, etc.), there are some surprising moves that deserve notice, too.

The New Hampshire order came on the heels of Republican governors in two states embracing solar energy. In Nevada, Gov. Brian Sandoval recently signed legislation that re-opened the doors to rooftop solar after a very public force-out over one year ago. Public demand and outcry forced the hands of policymakers to bring back clean energy choices and jobs to the state.

In Florida, Gov. Rick Scott recently signed legislation that will open the door for much more solar in the Sunshine State. Again, these are states with Republican governors, proving once again that solar energy is about more than partisan politics.

Recent polling shows that 85% of the public, including 84% of Republican voters, supports rooftop solar. The solar movement is about the freedom to make your own decisions with energy and making folks less dependent on the expensive, dirty energy they are often forced to purchase from utilities.

It’s hard not to be encouraged by the outcome in New Hampshire. Utilities, businesses, and consumer groups worked for months to produce this measured step forward that will enable lower energy costs for homeowners, continued economic growth, and local job creation for the state. This is the future. It will drive New Hampshire and our country to a more sophisticated and efficient grid – and that benefits everyone.

Chris Rauscher is a director of public policy at Sunrun and spokesperson for The Alliance for Solar Choice.