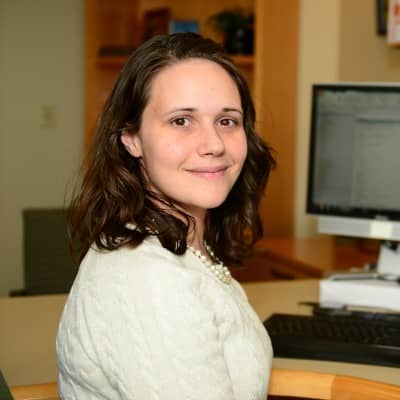 In February, Virginia-based Leidos Engineering expanded its renewable energy team with new hires and the promotion of Heidi Larson as head of the firm's photovoltaic solar energy group.

A licensed professional engineer, Larson joined the renewable energy group at Leidos in 2011. She led PV project and technology due diligence reviews.

Solar Industry spoke with Larson about her work as head of Leidos' solar energy group and what role the engineering firm plays in developing solar power as a viable energy source.

Solar Industry:Â What is Leidos' history with solar power?

Heidi Larson: Leidos has a legacy group from R.W. Beck, and subsequently SAIC, that has a strong foundation in independent engineering. R.W. Beck had been supporting concentrated solar power (CSP) since the late 1970s and early '80s, with the Solar Energy Generating Systems projects in California.

At the time, photovoltaics were more expensive and hadn't really reached commercialization. It wasn't until the early 2000s that you started to see a lot of manufacturers reaching commercialization. After that, financiers began showing an interest and became comfortable with putting their money behind the industry.

SI: How do you translate expertise in CSP to the PV sector?

Larson: Although the technologies themselves are completely different, they still have this fuel component – the solar resource – in common. So, that was where we started leveraging our CSP experience. We said, ‘Look, we understand the solar resource and understand how to use it on these CSP projects. We can leverage that into PV.’

Carol took the initiative to hire a few smart minds and also make use of some of the existing experience already within SAIC. We had people familiar with module equipment design, manufacture and testing. The group organically grew a team with a goal to understand PV.

SI: On an infrastructure level, the key issue with solar PV, in particular, is its variability as a grid resource. Are you working on anything in this area?

Larson: Renewable resources do have variability. With wind, for example, you still have some inertia with the turbines to help balance ramp rate and frequency control on the grid. But with PV, when your sunshine goes away, there is no inertia in the system. Your performance will drop off.

The problem with variability depends on where you are. When you start integrating solar into the mainland U.S., for example, you have this big baseline capacity, and the variability of solar is lost in the noise compared to the rest of the generation mix. But if you move to Hawaii or islands in the Caribbean and you start installing enough solar to make up a significant amount of their total generating capacity, there will be serious concerns.

We saw that, and we were supporting a lot of work with the [Puerto Rico Electric Power Authority (PREPA)] from 2012, and PREPA had PV systems providing the ancillary services. The idea was to have PV take over more of the load from imported fossil fuels. But through either diesel generators or battery storage systems, they needed to provide ramp-rate control and frequency control so that the natural variability of the PV system wouldn't knock the whole grid offline.

We took that opportunity in Puerto Rico to not only leverage the wealth of knowledge we've gained in PV technology, but to also expand that to battery storage systems. I think those are going to play more of an integral part in the mix of integrating variable renewable technology into the greater grid.

SI: A lot of people are trying to make this work. What can an engineering firm do?

Larson: The first critical step to making renewables work is collaboration. You have to come to an understanding among all the stakeholders on what the value of renewable generation – whether that's solar, wind, hydro or geothermal – and storage can mean to all of them.

There are the ratepayers that look at their utility bills and say, ‘I'd like to pay less.’ So they go solar. There are also the utilities that are providing an infrastructure and a service. People are paying less on their utility bills, and it seems like there's a contradiction there. I think that aside from the nuts and bolts that engineers bring to the table, we can also help with the collaboration. Leidos has energy distribution and transmission groups with expertise in renewables integration issues at all levels.

I think it also involves working with technology providers – manufacturers – to make sure that they are developing a bankable product that's going to perform the way they report it will perform. It's a matter of making the business case for utilities. It's a matter of educating the public on the benefits of solar and other renewables, and maybe that's a little bit for the public side – sort of a triple bottom line approach. Solar has come down a lot in cost, but there are other benefits that are not always monetary.

The first big step is working on that collaboration and making the pieces of the puzzle fit. Because right now, there are areas where there is a little bit of a mismatch between the stakeholders. But I think this is where someone who is familiar with the technologies and the distribution system can help nudge that collaboration along.

SI: How did you get into engineering?

Larson: My family has a technical background. My dad is a mechanical engineer. My mom is a computer architect. Math and science were big in our house.

My dad had designed this solar collection system for heating purposes. He then manufactured this system that was in our front yard. It was a business venture for a while. That all happened before I came along, for the most part. But the system was still there in our front yard, and it was like a little piece of rocket science in my own personal playground.

I just grew up crunching numbers and took that to the University of Wyoming, where I got a degree in mechanical engineering. I spent a few years working for companies in cubicles with spreadsheets, my calculator and AutoCAD doing design. But I like to think that I'm a little more outgoing than that.

I found an interest in technology and business development and really explaining the message of what engineers can do and how we are able to generate solutions. So, I went back to school and got an MBA at the University of Denver.

SI: Besides the technology, did you grow up with a specific interest in renewable energy?

Larson: When I was a little girl, I was really concerned that when we would buy boxes of cereal, and when we would eat all the cereal, that there was still this perfectly good box we would throw away. I had all these grand plans about how we were going to send the boxes back to the manufacturer, and they could put fresh bags of cereal in them.

But this was a real, genuine concern about resource utilization, waste and energy. I finished my bachelor's degree mainly with two interests: one was carbon fiber design, and the other was renewable energy. I thought for a while I was going to end up in the wind industry, but I ended up at Adam Aircraft, a small, boutique company. The Adam Aircraft A500 was actually featured in the Miami Vice movie. It was this all-carbon fiber airplane with a split tail and pusher-puller engines.

It was fascinating, but designing aircraft structures didn't tickle me. So, I started looking around, and I found a job with a company doing energy-efficiency solutions for commercial and municipal buildings. Just through that role, we had more and more clients saying, ‘We can manage our consumption, but what are we going to do for generation?’ The clients were asking a lot of questions about PV and about solar thermal for hot water heating.

They needed a point person, and I jumped at the opportunity. One thing led to another, and I ended up at Leidos.