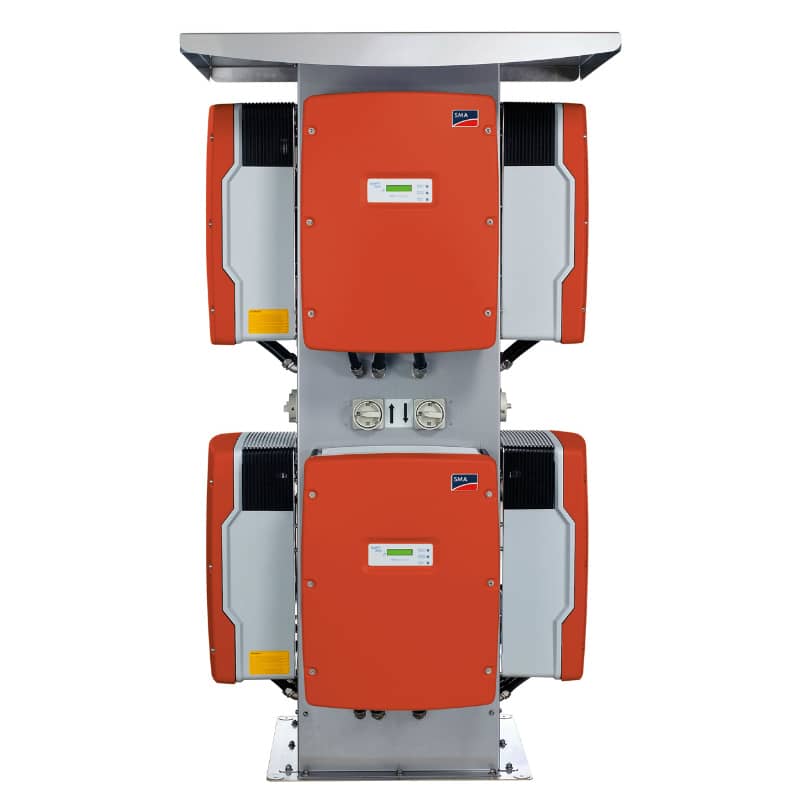 However, inverter shipments actually grew sharply – by more than 40% versus Q1'11 – indicating that excess inventory is no longer blighting the industry and that demand may be more robust downstream in the second half of the year.

According to IMS Research, the market saw a strong recovery in Q2'11, taking shipments in the first half of the year close to 10 GW. However, a rapid fall in factory-gate prices of more than 20% led to a fall in industry revenues. Earlier this year, IMS Research predicted that full-year inverter shipments would again well exceed 20 GW, but that fast price erosion would result in revenues falling from 2010's record high.

The company's report – which collects revenue and shipment data from more than 90% of the industry – shows that pricing was a critical factor in Q2 and that further price declines are predicted in the second half of the year.

‘Average inverter prices fell rapidly in both Q1 and Q2 to under 0.20 euros/W, and although not matching PV modules' decline, they've reduced by 20% compared to one year ago, though this is partly due to product mix change,’ says Ash Sharma, senior research director for PV at IMS Research and co-author of the report.

The report found that several factors caused this decline – and that it may be possible for average prices to increase in coming quarters.

‘Unlike [with] PV modules, these price declines are not simply like-for-like reductions, and a number of other factors came into play,’ Sharma explains. ‘Of course, customers were demanding price reductions from suppliers, but more important factors – such as geographical shifts to lower-priced regions and â�¦ the change in product mix away from higher-priced string inverters to lower-cost three-phase products – also drove the price falls.’

Geographic changes in PV inverter demand were found to have had a two-fold effect on industry prices. First, several low-cost markets – such as India and China – gained share of the global market, causing a slide in prices. Second, many of the largest suppliers continued to refocus away from the stagnating German market and turned their attentions to smaller, emerging markets.

‘Suppliers effectively tried to buy market share in new, emerging markets, hoping to establish themselves there in the longer term, but perhaps making short-sighted and aggressively low quotes,’ Sharma says. Interviews with major integrators revealed that some leading inverter suppliers in a new, small European market were reducing prices by more than 45% to fend off rivals.

The effects of the expanding supplier base and the vast number of inverter suppliers fighting for customers amid weak demand has helped to drive down prices and will continue to exert pressure on suppliers to reduce costs and prices in order to compete, IMS Research predicts.

‘Only part of the price declines seen this year can be blamed on geographic and product mix changes,’ Sharma says. ‘The fact is that prices declined in all regions in Q2 and quite rapidly in established markets such as Germany and Italy due to lower demand, but increased supply. That can only lead to prices going one way.’

Despite the growing number of inverter suppliers, in Q2, market leader SMA Solar Technology recaptured some of the market share it had shed the prior quarter, with its share increasing by 8% to again control more than 30% of the of overall market.

‘While SMA has always looked to compete on technology, brand and value-add products, it did also show in Q2 that it could compete with its rivals on price, too,’ Sharma notes. ‘How much lower it can go remains to be seen, however.’