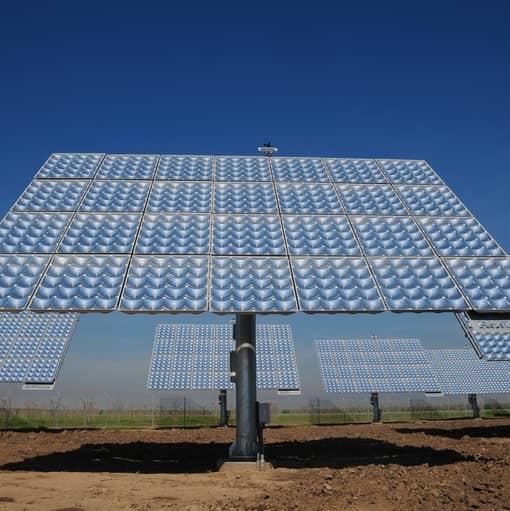 A new report finds that concentrated photovoltaic (CPV) solar systems have distinct environmental advantages over other energy technologies – in most cases, using less land, water and materials than other solar technologies.

The report was released by the Renewable and Appropriate Energy Laboratory (RAEL) at the University of California, Berkeley (UC Berkeley) and commissioned by the CPV Consortium, a global nonprofit organization that supports the development of the CPV industry. Research examined the technology from inception to retirement, taking all aspects of the life cycle into consideration.

The study provides information on the life cycle assessment (LCA) elements such as the energy payback, embedded greenhouse gases and cradle-to-cradle footprint. According to the researchers, CPV systems lead the industry based on data available at the time of the study.

Taking into account the increasing efficiencies of CPV, it is projected that CPV continues to increase in its competitive edge in these areas today as well as in the future. Water and land use are examined as well. Compared to solar thermal generators, CPV water usage is minimal, making the technology optimal in dry, desert areas with a high solar resource.

The land footprint and impact is also found to be lower; as efficiencies of CPV systems increase, this will become an even bigger benefit, the report adds.

‘We are always looking for technologies to allow us to dramatically increase the amount of energy output per built area in order to minimize the footprint on the ground,’ says Dr. Daniel Kammen, director of the RAEL. ‘Concentrated solar minimizes overall land area use to a degree that almost nothing can beat.’

In addition to its LCA analysis, the report contains details about the CPV deployment using UC Berkeley's SWITCH model (an electric power system capacity expansion model of western North America that is designed to plan long-term grid investments while minimizing the cost of electricity in a given policy context) and emissions benefits of CPV projects in power systems. The SWITCH model demonstrates the economic viability of CPV as a power generation technology for that region, according to the report.

The full report can be found on the CPV Consortium's website.