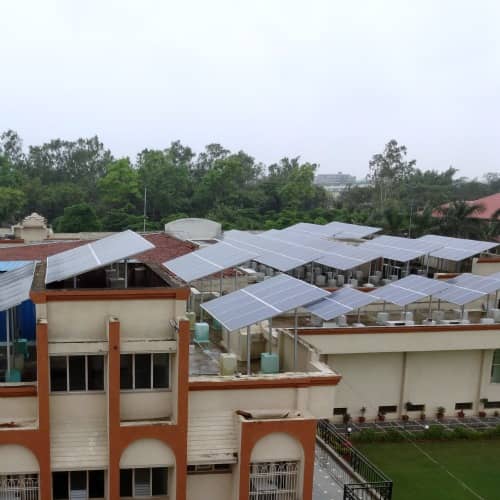 Shortly after the completion of the U.S. Department of Commerce's investigation into Chinese solar exports, the U.S. now finds itself involved in another global solar trade conflict.

India's Ministry of Commerce & Industry has officially launched an anti-dumping investigation into photovoltaic cells exported into India from the U.S. Exports from China, Malaysia and Taiwan will also be subject to the investigation.

A coalition of India-based PV manufacturers, including Indosolar Ltd., Jupiter Solar Power Ltd. and Websol Energy Systems Ltd., filed the initial anti-dumping complaint, alleging that the ‘subject goods are being dumped into the Indian market by the exporters from the subject countries,’ according to official documents.

John Smirnow, vice president of trade and competitiveness at the Solar Energy Industries Association, says the news of the investigation is unsurprising, given that India's trade association has long been ‘publicly critical’ of imports from the U.S. The group filed its petition several months ago.

India's solar trade probe joins several other pending investigations around the world, including two separate module-dumping cases filed by SolarWorld-led European group EU ProSun against China, as well as an investigation by China's Ministry of Commerce into alleged solar polysilicon dumping by the U.S. and South Korea.

‘Often, when you have global overcapacity for modules, you see many of these cases being filed,’ Smirnow notes.

Notably, unlike the trade investigations initiated in the U.S. and Europe, India's case includes not only crystalline silicon solar products but also thin-film products. In fact, the usage of thin-film modules from Tempe, Ariz.-based First Solar and other U.S. manufacturers in Indian solar plants has been a particular source of longstanding tension.

Earlier this year, India's Centre for Science and Environment, a research and advocacy organization, publicly accused the U.S. of ‘killing’ Indian solar manufacturing by offering Indian solar developers low-interest loans through its Export-Import Bank and Overseas Private Investment Corp. in exchange for mandating that the developers use solar products from the U.S.

Procedures
Now that the investigation has begun, the steps involved and the basic timeline are expected to closely resemble those of the U.S. and EU solar trade probes.

‘The basic procedures are going to be the same,’ Smirnow explains. ‘India, the U.S. and China are all members of the World Trade Organization (WTO). If you're a member of the WTO, you agree to certain principles on how you pursue anti-dumping investigations.’

As with the U.S. and EU cases, a key component will be detailed questionnaires on import quantities and pricing. Smirnow encourages any U.S. company involved with exports to India to take part.

‘You're always better participating in a dumping investigation than not,’ he warns. ‘You're going to get a better result.’ For example, in the Solarworld-led U.S. solar trade case against China, the ‘countrywide’ tariff rate for companies that did not participate in the investigation soared as high as 254.66%, while others saw tariffs ranging from 23.75% to 30.66%.

The official period of investigation (POI) will cover January 1, 2011, through June 30, 2012, according to the Indian government's documents. However, for purposes of determining whether allegedly dumped products caused ‘injury’ to the domestic market, the government will examine three separate earlier time periods: April 2008 through March 2009, April 2009 through March 2010, and March 2011 through the standard POI timeframe.

Because the investigation remains in its preliminary stages, Smirnow says it is too soon to begin speculating on whether tariffs ultimately will be imposed – or how high they may be.

In any case, he does not foresee an exodus of U.S. suppliers from the Indian market, even if the government applies severe tariffs. Rather, these companies may simply need to adjust their supply channels.

‘If they impose high margins that effectively preclude their ability to compete, then they might be thinking of alternate sources of supply,’ he says, noting that many Chinese manufacturers coped with the U.S.' tariffs by moving some of their manufacturing to neighboring countries that were not subject to the investigation.

For U.S. manufacturers exporting to India, that strategy could be slightly complicated by the additional presence of Malaysia and Taiwan – potential alternate manufacturing locales – in the trade case. ‘By including Malaysia, they may be targeting First Solar facilities,’ Smirnow points out.