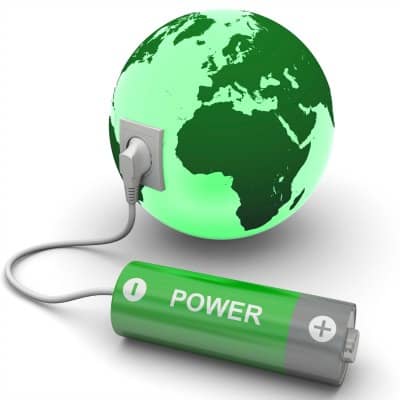 According to Lisa Salley, vice president and general manager for energy and power technology at Underwriters Laboratories (UL), about 20% of all energy generated today is from renewable sources, but only a fraction of that capacity is actually consumed.

‘Think about that challenge,’ Salley says. ‘Can you source more of your energy from renewables, and once you source it, can you store it?’

Last June, UL published its UL9540 standard covering energy storage with a focus on electrochemical and chemical storage technologoes. Salley describes it as a comprehensive look at energy storage that covers charging, discharging, protection, control, communications between devices, fluids movement and other aspects.

UL9540 is currently out for evaluation, and the organization is accepting applications for the technical body that will ultimately spread the standard across the world. UL hopes to have that body in place by the first quarter of 2015.

Salley says renewables, as an industry, is as exciting as the first Chicago World's Fair in 1893 must have been. ‘If you can imagine, that was a fair of oddities,’ she says. ‘Electricity was this new, strange, odd and curious technology. People worried about what's going to happen with it. Are people going to be shocked? Are things going to explode?’

Even if such thoughts are a fear-based response to electricity's more alarming properties, there is no doubt that, harnessed and applied, it remains as dangerous as it is essential. The number of codes and standards pertaining to electrical systems bear this up.

‘If you think of those things from a science and engineering point of view, we know how those things fail,’ Salley says. ‘Essentially, we take our understanding of how things fail and then replicate that and then put them into operation and study the reaction.’

At the moment, Salley says UL is already performing testing and certification for the historic electric grid. The laboratory is testing and certifying systems for power generation, including renewable sources such as wind and solar. In addition to generating platforms, it is also covering the supporting technology, such as the inverters and batteries.

‘We are also doing a lot of work in power conversion, which is being driven by the renewables technology, as well as grid compatibility efforts,’ Salley says.

An important aspect of UL's role is its systems-of-systems perspective. It is not just concerned with the safety and reliability of individual systems and components, Salley says, but the points of interconnection between them.

‘We take our technical base and then take a new environment – or a new operating system, if you will – and stress it to the point of failure,’ Salley says. ‘As we impart those stresses and observe them, we can then convert those into terms that help business owners, manufacturers, insurance companies, municipalities understand the risk to the products they are designing, backing and installing.’

This consensus standard, as UL describes it, encompasses a cross-section of people who have a stake in the technology – government, industry, insurance, academics. This consensus standard is published so that others may run performance assessments against it. Through this process, Salley says, UL facilitates a global discussion on energy storage systems.

Salley says energy storage is one of those unique technologies that is likely to improve the way the people generate and consume energy on a global basis, and she is very happy and proud to be part of the process.

‘I'm an engineer,’ she says. ‘So part of me delights in new technology, as if I were at that first World's Fair in Chicago. But there is the social mission as well. Studies show that as you light up villages across the globe, poverty levels begin to go down also. We have the ability and the obligation to help renewables and sustainable energy development.’

For more information on how renewable energy generation and storage can work together to support a sustainable grid, visit the Hybrid Energy Innovations event website here.