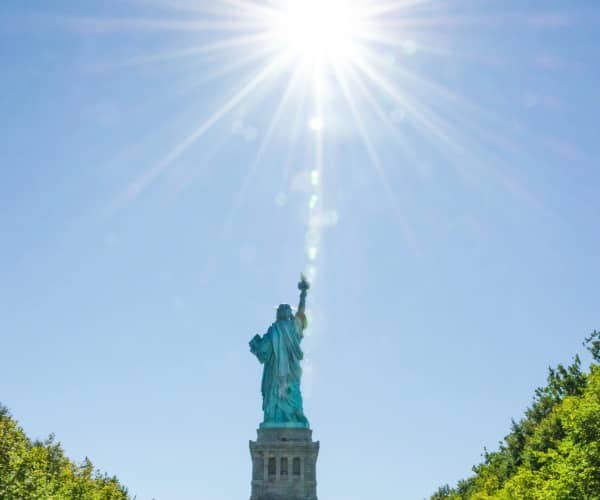 The state of New York is celebrating a 300% increase in the deployment of solar power within its borders between 2011 and 2014. This brought the Empire State's total solar electric capacity up to 314.48 MW as of December 2014.

The administration of Gov. Andrew Cuomo says the increase is due to the success of the NY-Sun Initiative, which has committed essentially $1 billion in support of solar power as part of an effort to reach the state's goals of achieving an 80% carbon equivalent reduction in emissions versus 1990 levels by the year 2050. Last month, the state published an energy plan calling on an interim target of a 40% reduction in emissions by 2030.

According to the New York State Energy Research and Development Authority (NYSERDA), NY-Sun's success in rapidly expanding deployed solar makes it a signature program in getting to that goal. New York does not have a renewable energy portfolio standard, so targets backed by well-planned and well-funded incentives are seen as key to achieving meaningful reductions in greenhouse-gas emissions.

John Rhodes, president and CEO of NYSERDA, points out that the increase in solar capacity was experienced in all regions of the state, although to varying degrees. Going forward, he says the NY-Sun's Megawatt (MW) Block program of tiered incentives pegged to regional and sector deployment levels will be important to sustaining solar growth.

The MW Block program, adopted last August, tailors incentives by sector – small commercial, residential and large commercial – and by geographic region. It also reduces the incentives in those sectors and regions as market conditions improve.

‘The long-term return on investment is the secret sauce in the MW Block program,’ Rhodes says. ‘We get to less and less need for subsidies as the program succeeds in increasing PV penetration.’

Rhodes says that the state investment in solar and its tiered incentive plan are important for creating the business case he believes installers and developers need to see. ‘We want them to come to New York with their own form of commitment,’ he says. ‘Which is, 'Let's build a real business; let's invest in people and processes and get some pipelines going.'’

Phil Van Horne, chairman and CEO of Syracuse, N.Y.-based energy provider BlueRock Energy, says the state's expansion of solar in the last five years demonstrates the acceptance of the technology across the board. Moreover, he says that this is part of a historical ‘early adopter’ philosophy in the state that makes it fertile ground for initiatives like NY-Sun.

‘The target customers in New York are very willing to look at technologies like solar and may adopt them ahead of other areas of the country,’ Van Horne says. ‘Our approach has been that we sell New York-sourced renewable energy, and that's what our customers respond to.’