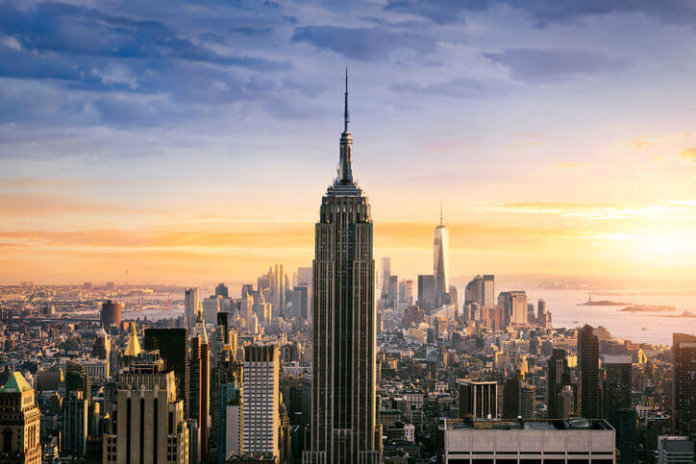 In light of President Donald Trump’s decision to withdraw the U.S. from the Paris Agreement, New York Gov. Andrew M. Cuomo has announced the Clean Climate Careers initiative, a multi-pronged strategy to grow the state’s clean energy economy and prepare citizens for careers in the industry. Importantly, the initiative also includes a major request for proposals (RFP) and a whopping $1.5 billion investment in renewable energy projects.

In partnership with Climate Jobs NY and the New York State School of Industrial and Labor Relations at Cornell University, Cuomo’s initiative focuses on accelerating energy efficiency and renewable energy growth to make New York a magnet for new energy technologies and creating 40,000 good-paying clean energy jobs by 2020, according to a press releasefrom the governor’s office.

As part of the first phase of the Clean Climate Careers initiative, New York State will make an investment of up to $1.5 billion in major renewable energy projects, including wind and solar, and significantly expand energy efficiency and solar installations at public buildings. According to the governor, the investment will result in an additional 2.5 million MWh of electricity a year, representing the largest clean energy procurement by a state in U.S. history.

“As the federal government abdicates its responsibility to address climate change – at the expense of our environment and economy – New York is leading the nation in advancing a clean energy future,” Cuomo says. “The Clean Climate Careers initiative is a groundbreaking investment, representing the largest state clean energy procurement in U.S. history. With this $1.8 billion initiative, New York continues to tackle the challenges of climate change and create the high-quality, good-paying careers of tomorrow.”

As part of the Clean Climate Careers initiative, the state is issuing RFPs for developers to build renewable energy projects that will generate 2.5 million MWh of electricity a year – enough to power approximately 350,000 homes. Combined, the RFPs are the first in a series of major procurements and are expected to result in the development of 40 to 60 large-scale renewable energy projects by 2022 under the state’s 50% by 2030 clean energy standard.

In addition, NYPA has established a new partnership with a consortium of banks that will – for the first time ever through NYPA – enable municipalities to access low-cost capital from commercial banks to finance energy efficiency and solar projects, the release says. With this expanded investment, NYPA will conduct 1,000 energy efficiency and solar audits for municipalities and school districts by 2020 to help support investments. The initiative will be available to local governments and municipalities.

NYPA will also install more than 125 MW of solar capacity on schools and other public buildings by 2020, achieving a 300% increase in distributed solar projects at public facilities statewide.

Further, as part of the initiative, Cuomo has committed $15 million to educators and trainers who partner with the clean energy industry and unions to offer training and apprenticeship opportunities.

The governor also announced a new Environmental Justice and Just Transition Working Group, which will focus, in part, on developing policies and programs to ensure a “just transition” to a green and clean energy future, the release explains.

Additionally, Cuomo signed an executive order to commit New York to uphold the standards set forth in the Paris Accord and announced a U.S. Climate Alliance – along with California Gov. Jerry Brown and Washington State Gov. Jay R. Inslee – to convene U.S. states committed to upholding the Paris Agreement and taking aggressive action on climate change.

“Now is the time for renewable energy,” comments Gil C. Quiniones, president and CEO of NYPA. “Through this sweeping investment in clean and green energy projects and jobs, we are aggressively moving closer toward Gov. Cuomo’s clean energy standard and pushing forward as a national leader. Through the largest-ever call for large-scale renewable projects; ramping up our investment in energy efficiency; and expanding use of renewable technologies, including solar, in schools and public buildings, we are spearheading transformative change throughout the industry. We are also ensuring that New York State’s energy mix is viable and affordable now and into the future.”