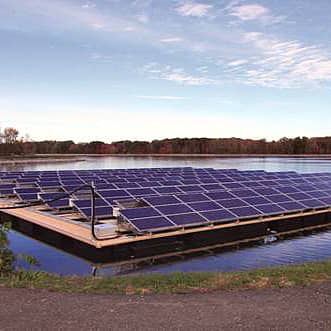 With the release of Gov. Chris Christie's final Energy Master Plan (EMP), the PV industry is keeping a watchful eye on New Jersey – currently the second-largest solar market in the U.S.

The draft EMP, which came out during the summer, was met with backlash from some renewable energy stakeholders and environmental advocacy groups for what was seen as a weakening of the state's commitment to solar and other renewables. However, New Jersey's solar sector continued to undergo significant upheaval as 2011 progressed, and Christie's final EMP could provide market relief, according to some local solar firms.Â

Projects have flooded the market, the prices for solar renewable energy credits (SRECs) have tumbled, and ratepayer impact is a growing concern. The presence of solar arrays on prized spots on undisturbed land has also drawn criticism in this densely populated, land-constrained state.

‘We're currently overbuilt through 2012,’ Hahn says. ‘We also have enough solar in the ground to get through [existing renewable portfolio standard (RPS) requirements for] 2013 and 2014.’

According to Hahn, the most important component of the EMP is its directive to temporarily accelerate RPS requirements in order to inject to more SREC demand and allow for the building of additional solar projects.

The state will increase RPS requirements over the next three years and reduce the outlier years on the RPS schedule. (The eventual 22.5% RPS by 2021 remains intact.)

The RPS acceleration is ‘absolutely critical to the marketplace,’ Hahn says, noting that if the RPS were to remain on its old schedule, New Jersey could expect to experience ‘significant’ job loss in the solar sector over the next two to three years.

But the RPS acceleration comes with a catch for the solar sector: Christie's administration will also reduce the solar alternative compliance payment (SACP), which is available to utilities as a substitute for holding SRECs.

SRECs in New Jersey have experienced dizzying price movement this year, including a second-quarter drop from approximately $600/MWh to $160/MWh, Hahn recalls. As a result, they have finally decoupled from the SACP – which, he says, was the intended mechanism all along.

‘Reducing the SACP is not necessarily a bad thing, because they are not tied to the SREC market,’ he explains.

Of course, the impact will depend heavily on exactly how much New Jersey's Board of Public Utilities (BPU) reduces the SACP. The BPU has not yet announced the reduction schedule.

With the SACP reduction, the EMP aims to reduce cost burdens for ratepayers who do not participate in the solar market, while still supporting continued project development.

‘Within the industry, there is general agreement that a reduction in the overall schedule is warranted to reflect the continuing downward trend in installed costs,’ Christie's administration wrote in the EMP.

‘With SREC prices starting at $500/MWh and declining 2.5% every year, the cost of a new solar installation can be recouped in about five years for a [commercial and industrial] project of 10 kW to 1,000 kW, and in 10 years for a residential or small commercial project of less than 10 kW,’ the report adds.

Some analysis in the draft version of the EMP came under fire for what were viewed as inaccurate and unfair assessments of solar power's cost equation. ‘With regard to costs for solar, calculations were outdated or misconstrued, and benefits were overlooked or de-emphasized,’ Hahn notes.

However, he says, the final EMP reflects major adjustments and recalculations that resolve these issues.

Hahn also applauds the plan's emphasis on behind-the-meter PV projects that provide economic benefits to homeowners and commercial property owners. While a negative for utility-scale developers working in New Jersey, potential caps or restrictions on installations at the upper end of the megawatt spectrum could also obviously be a boon for developers active in smaller-scale development.

The EMP outlines that the administration plans to ‘provide the BPU with the ability to review and approve subsidies for grid-supply projects to ensure compatibility with land use, environmental and energy policies. Additionally, the development of solar projects should not impact the preservation of open space and farmland.’

All in all, Hahn is optimistic about the New Jersey solar market for 2012.

‘It's going to be a different market,’ he admits, pointing out that the much-beloved U.S. Treasury Section 1603 cash grant program is most likely disappearing at the end of this month. ‘The finance methodologies of projects will be different. We will see the market thin out, but that's not necessarily a bad thing. The gold rush will not be the same.’